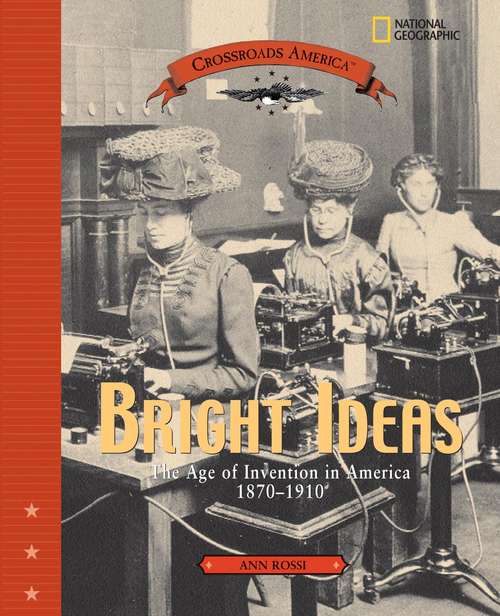 Imagine that you couldn't turn on a light by flipping a switch, had no telephone on which to call your friends, and that there were no traffic lights on the roads! Seem impossible? Well it wasn't-none of these things existed before the Age of Invention in the late 19th and early 20th centuries.

Bright Ideas tells the story of these and other miraculous inventions that have shaped the world we know today. Learn how inventive minds work and how they overcame obstacles on the path to their great achievements.

Read about the building of a brighter America-one that learned how to make a telephone call from coast to coast and took to the road in Henry Ford's cars built on the first assembly lines. Even flying in the air became attainable! This age and the inventors who contributed to it paved the way for the future of America and revolutionized the way this country works, produces, and lives.

Bright Ideas illuminates this exciting period in time for all its readers and may inspire even greater inventions or future inventors. Like the others in the series, ,Bright Ideas is illustrated with period photographs, paintings, and drawings. Also included are a glossary and an index.