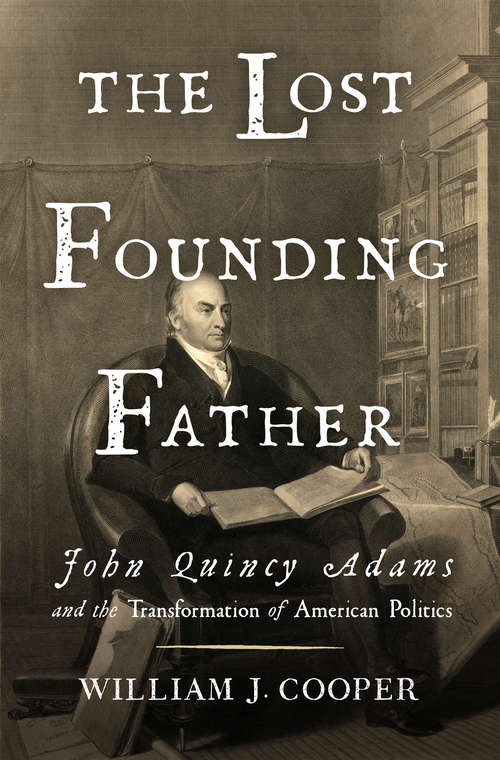 Why has John Quincy Adams been largely written out of American history when he is, in fact, our lost Founding Father?

Long relegated to the sidelines of history as the hyperintellectual son of John and Abigail Adams, John Quincy Adams (1767–1848), has never basked in the historical spotlight. Remembered, if at all, as an ineffective president during an especially rancorous time, Adams was humiliated in office after the contested election of 1824, viciously assailed by populist opponents for being both slippery and effete, and then resoundingly defeated by the western war hero Andrew Jackson, whose 1828 election ushered in an era of unparalleled expansion.

Aware of this reputation yet convinced that Adams deserves a reconsideration, award-winning historian William J. Cooper has reframed the sixth president’s life in an entirely original way, demonstrating that Adams should be considered our lost Founding Father, his morality and political philosophy the final link to the great visionaries who created our nation. As Cooper demonstrates, no one else in his generation—not Clay, Webster, Calhoun, or Jackson—ever experienced Europe as young Adams did, who at fourteen translated from French at the court of Catherine the Great. In fact, Adams’s very exposure to the ideas of the European Enlightenment that had so influenced the Founding Fathers, including their embrace of reason, were hardly shared by his contemporaries, particularly those who could not countenance slaves as equal human beings.

Such differences, as Cooper narrates, became particularly significant after Adams’s failed presidency, when he, along with his increasingly reclusive wife, Louisa Catherine Adams, returned to Washington as a Massachusetts congressman in 1831. With his implacable foe Andrew Jackson in the White House, Adams passionately took up the antislavery cause. Despite raucous opposition from southern and northern politicians, Adams refused to relent, his protests so vehement that Congress enacted the gag rule in the 1830s specifically to silence him. With his impassioned public pronouncements and his heroic arguments in the Amistad trial, a defiant Adams was no longer viewed as a failed president but a national, albeit curmudgeonly, hero, who finally collapsed on the floor of the House chamber in 1848 and died in the capital three days later. Ironically, Adams’s death and the extraordinary obsequies produced an outpouring of national, and bipartisan, grief never before seen in the nineteenth century, as if the country had truly lost its last Founding Father.