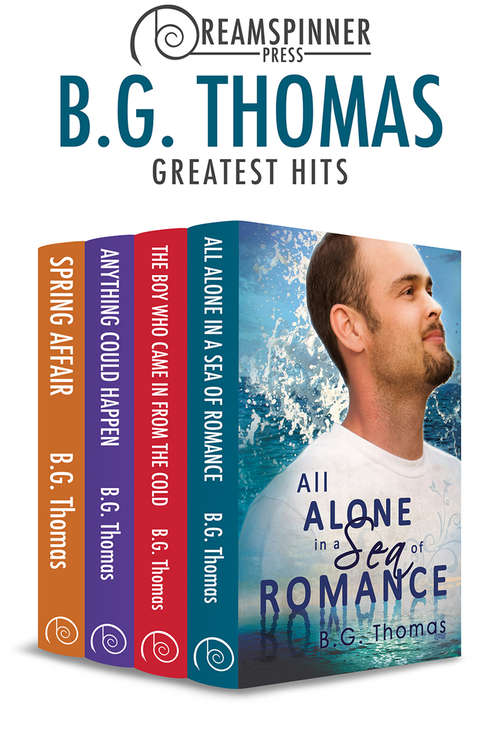 All Alone in a Sea of Romance: Jude Parks, writer of gay romances, came to the Romantic Voyages convention for business, yet becomes the prime suspect in a murder investigation. He also meets Tommy Smith, who makes him wonder if it may be worth holding out for Mr. Forever. However, first Jude has to survive the weekend and clear his name.... --The Boy Who Came in from the Cold: Gabe sees Todd outside his building, freezing to death, and takes pity on him. Maybe letting a man in from the cold can melt the ice around Gabe's heart--and maybe getting evicted will turn Todd's luck around. --Anything Could Happen: Austin moves to Kansas City, hoping to locate the love of his life and make things right between them. Once there, though, he meets actor Guy Campbell, who complicates the situation while hiding some dark secrets of his own. --Spring Affair: As they become friends, Sloan finds himself falling in love with Max, who is completely unavailable. As for Max, he is discovering that both his son's coming out and his new friendship with Sloan are stirring up feelings he thought buried long ago. Spring is a time for rebirth--is there any way the two men can find happiness and a new beginning?See excerpt for individual blurbs.