A Small City In France 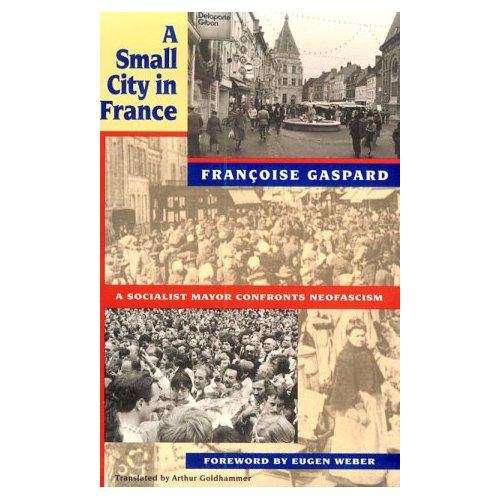 The picturesque town of Dreux, 60 miles west of Paris, quietly entered history in 1821, when Victor Hugo won the hand of his beloved there. Another century and a half would pass before the town made history again, but this time there was nothing quiet about it. In 1983, Jean-François Le Pen's National Front candidates made a startling electoral gain in the Dreux region. Its liberal traditions had ended abruptly. With the radical right controlling the municipal council and the deputy mayor's office, Dreux became the forerunner of neofascist advances all across the nation. How could it happen?

A trained historian, Gaspard was born in Dreux and served as the city's socialist mayor from 1977 to 1983. She brings this experience to bear in her study, giving us an evocative picture of the town in all its particularity and at the same time fitting it into the broader context. Local history, collective memory, political life, the role of personality, partisanship, and rumor, the claims of newcomers and oldtimers, Muslims and Catholics: Gaspard sifts through these factors as she crafts a clear and rousing account of the conditions that brought the National Front to power. Viewed amid the explosive consequences of recent demographic and economic transformations, Dreux, with a population of about 30,000, is facing big-city problems: class conflict, unemployment, racism. This is a book about the decline of small-town "virtues" and, more ominously, the democratic ideal in France. With its disturbing implications for other European nations and the United States, it could well be a parable for our time.