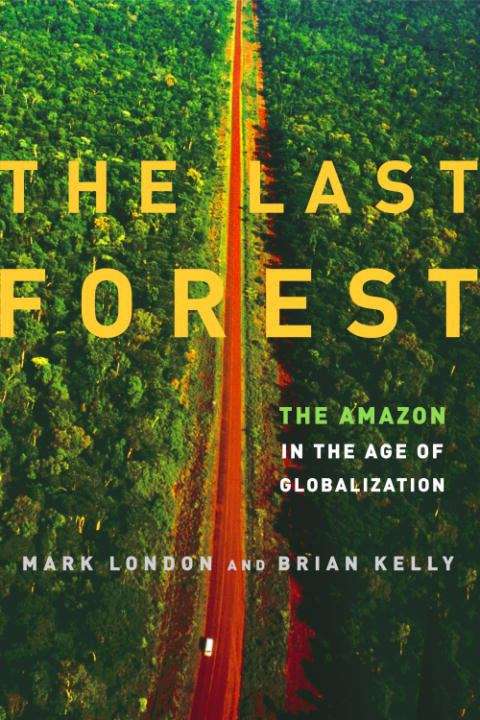 With a landmass larger than the continental U. S. west of the Mississippi and the richest diversity of plant and animal species on earth, the Amazon has always struck its explorers and would-be exploiters as infinite and largely impenetrable. For decades, anthropologists assumed that permanent human habitation was impossible–-but they were wrong. Recently, proof of centuries-old Amazonian civilizations has been unearthed, shifting perceptions of the inhospitability of the rain forest and providing a precedent for human occupation. Today, as developers and environmentalists clash over the region’s future, the seemingly endless forest is fast disappearing in fires, rampant mineral extraction, rogue logging operations, and encroaching urban sprawl. Through a series of startling human encounters–interviews with government ministers and environmental crusaders, millionaire ranchers and disenfranchised slum dwellers–Mark London and Brian Kelly, longtime explorers and trailblazing chroniclers of the Amazon basin, trace the region’s transformation. Logging thousands of miles, London and Kelly take readers from the mushrooming shopping malls of Manaus to the pristine rain forest that still seems beyond the reach of civilization, from the ghostly ruins of abandoned factories and failed plantations to the thriving agribusinesses that one day may feed the entire world and change this landscape forever. Again and again, they collide with the same fundamental question: Is it too late to strike a balance in the Amazon between economic sustenance for the twenty-one million Brazilians who live there and protection for the world’s last great forest? London and Brian Kelly have fashioned a complex, vibrant portrait of a region on the edge of crisis. At once a seductive journey and a searing account of political, environmental, and social tumult, The Last Forest is a masterpiece of contemporary reporting.