Upon the Fields of Battle 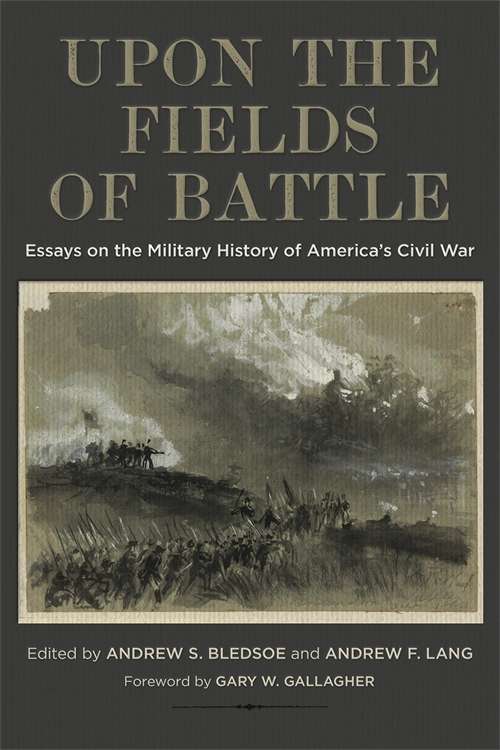 New developments in Civil War scholarship owe much to removal of artificial divides by historians seeking to explore the connections between the home front and the battlefield. Indeed, scholars taking a holistic view of the war have contributed to our understanding of the social complexities of emancipation—of freedom in a white republic—and the multifaceted experiences of both civilians and soldiers. Given these accomplishments, research focusing on military history prompts prominent and recurring debates among Civil War historians. Critics of traditional military history see it as old-fashioned, too technical, or irrelevant to the most important aspects of the war. Proponents of this area of study view these criticisms as a misreading of its nature and potential to illuminate the war. The collected essays in Upon the Fields of Battle bridge this intellectual divide, demonstrating how historians enrich Civil War studies by approaching the period through the specific but nonetheless expansive lens of military history.Drawing together contributions from Keith Altavilla, Robert L. Glaze, John J. Hennessy, Earl J. Hess, Brian Matthew Jordan, Kevin M. Levin, Brian D. McKnight, Jennifer M. Murray, and Kenneth W. Noe, editors Andrew S. Bledsoe and Andrew F. Lang present an innovative volume that deeply integrates and analyzes the ideas and practices of the military during the Civil War. Furthermore, by grounding this collection in both traditional and pioneering methodologies, the authors assess the impact of this field within the social, political, and cultural contexts of Civil War studies.Upon the Fields of Battle reconceives traditional approaches to subjects like battles and battlefields, practice and policy, command and culture, the environment, the home front, civilians and combatants, atrocity and memory, revealing a more balanced understanding of the military aspects of the Civil War’s evolving history.