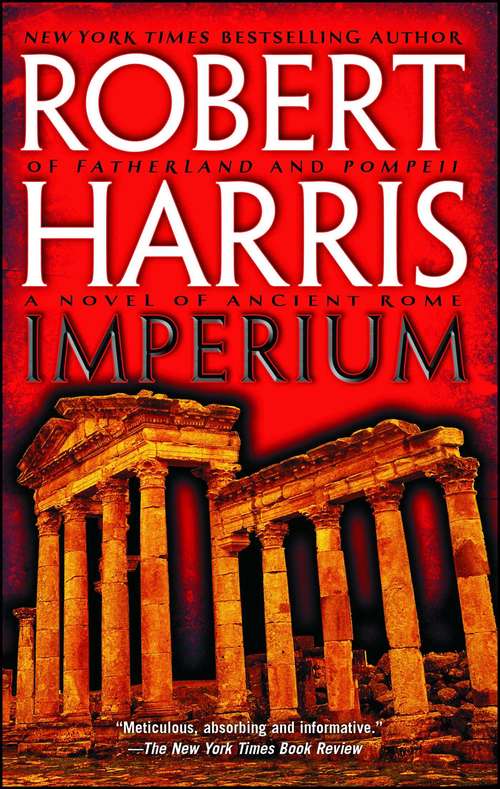 FROM THE BESTSELLING AUTHOR OF FATHERLAND AND POMPEII COMES THE MOST PROVOCATIVE AND BRILLIANT NOVEL OF ANTIQUITY SINCE I, CLAUDIUS -- IMPERIUM A CAUTIONARY TALE OF CICERO, THE GREATEST ORATOR OF ALL TIME, AND HIS EXTRAORDINARY STRUGGLE FOR POWER IN ROME. When Tiro, the confidential secretary (and slave) of a Roman senator, opens the door to a terrified stranger on a cold November morning, he sets in motion a chain of events that will eventually propel his master into one of the most suspenseful courtroom dramas in history. The stranger is a Sicilian, a victim of the island's corrupt Roman governor, Verres. The senator is Marcus Cicero -- an ambitious young lawyer and spellbinding orator, who at the age of twenty-seven is determined to attain imperium -- supreme power in the state. Of all the great figures of the Roman world, none was more fascinating or charismatic than Cicero. And Tiro -- the inventor of shorthand and author of numerous books, including a celebrated biography of his master (which was lost in the Dark Ages) -- was always by his side. Compellingly written in Tiro's voice, Imperium is the re-creation of his vanished masterpiece, recounting in vivid detail the story of Cicero's quest for glory, competing with some of the most powerful and intimidating figures of his -- or any other -- age: Pompey, Caesar, Crassus, and the many other powerful Romans who changed history. Robert Harris, the world's master of innovative historical fiction, lures us into a violent, treacherous world of Roman politics at once exotically different from and yet startlingly similar to our own -- a world of Senate intrigue and electoral corruption, special prosecutors and political adventurism -- to describe how one clever, compassionate, devious, vulnerable man fought to reach the top.