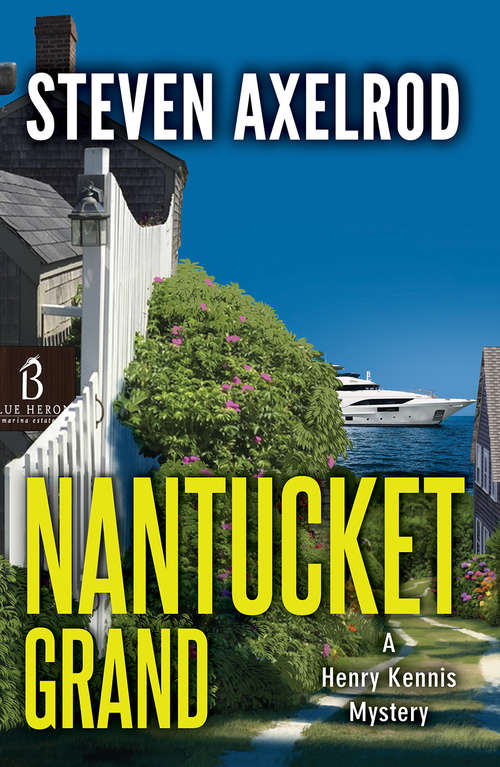 During a long winter and short, chilly spring, a series of disturbing incidents rock the small resort island of Nantucket. A Land Bank executive dies in a suspicious hunting accident, a prominent local family's historic summer cottage burns down in an arson fire, and a teenage girl lies comatose from a drug overdose.

When spring turns to summer and the tourists flood the island, the mysterious cycle of violence spins faster. A young Jamaican boy is found dead in the harbor, a sex-for-drugs pornography ring is exposed, and a beloved local hero is murdered in cold blood. Could all of these events be part of the same sinister conspiracy?

Poetry-writing Police Chief Henry Kennis, back for his third case in NANTUCKET GRAND by Steven Axelrod, doubts it. But his new girlfriend, Jane Stiles, an author of cozy mysteries, is certain that all these terrible events are connected. In one of her books, they would all be related. Henry scoffs, but as the cords pull tighter, drawing him into a scandal that would change Nantucket forever, he begins to realize that Jane might be right, after all. But is it already too late?

The case comes to shattering conclusion as a vengeful father, a damaged beauty, a ruthless billionaire, and a stone-cold killer converge on the 150-foot luxury yacht that gives the book its title. Henry, putting his own life at stake, must take desperate action to set things right and save the world-his world-the little comma of scrub pine and dune grass he has come to call home.