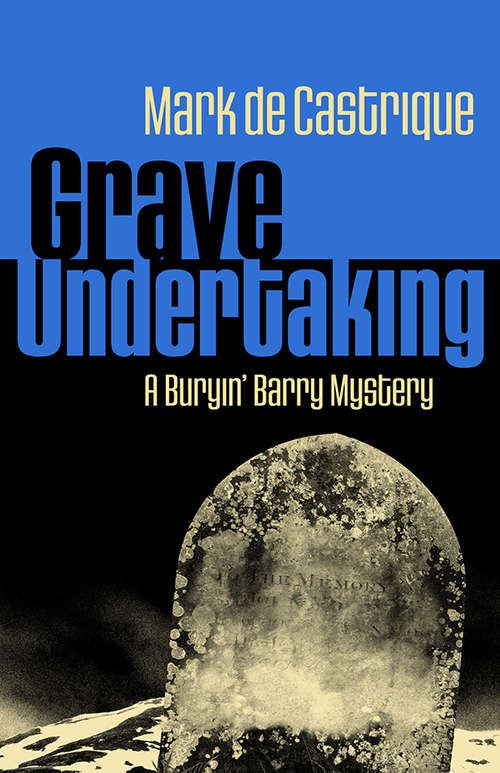 Barry Clayton has left the Charlotte police force to manage his ailing father's funeral home in the peace and quiet of the Appalachian mountains. But Buryin' Barry is an undertaker with a problem--he keeps finding unwanted business.

Moving a grave on a snowy mountainside should be routine. No funeral, no procession, no grieving widow to console. Routine until the crew unearths an unexpected intruder, a skeleton lying atop the original occupant. A bullet hole in the skull piques Barry's ex-cop curiosity; the photograph of his girlfriend Susan Miller in the murdered man's wallet makes the case very personal. Suddenly, Barry's life is turned upside down, as Susan becomes the prime suspect.

Joining forces with his pal Sheriff Tommy Lee Wadkins, Barry sets out to find the real killer. But a terrible secret had been buried in that mountain grave and one murder is only the down payment someone is willing to ante up to keep it hidden. Barry is torn between discovering the solution to the crime and uncovering a part of Susan's past that could destroy their relationship.

When the killer strikes again, Barry learns that even more is at stake. In a duel of deceit and misdirection, one thing becomes crystal clear: Barry's grave undertaking could very well lead to his own funeral.