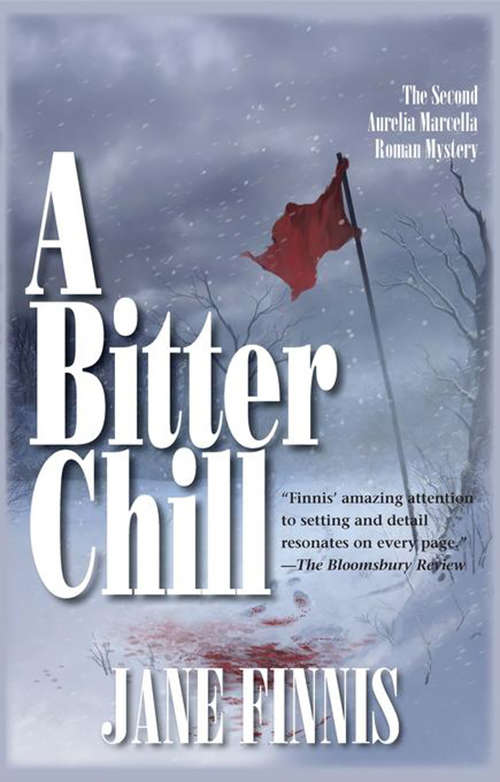 It's freezing in late December, 95 A.D. Roman settlers in Britannia are preparing to celebrate Saturnalia. Innkeeper Aurelia Marcella, who runs a mansio near Eboracum (modern York) in consort with her (mostly absent) brother and her younger sister, Albia, finds her plans for a peaceful holiday shattered when her brother makes a surprise midnight appearance. His news? An enemy in Rome is trying to destroy the family by spreading rumors they are plotting against Caesar. Lucius has, through an unwise affair, lost his job as a government investigator.

To add to Aurelia's woes, the mansio is threatened by a sort of protection racket, and a party of rich, demanding travelers related to the provincial governor rolls up at the door. Their quarrels, verging on the murderous, and their quest for a rebellious heir, the elder son, spill over into Aurelia's household.

And then, at the Saturnalia feast, one of the party dies and Albia becomes the chief suspect. An outraged Aurelia is forced to contend with conspirators--and threats--of all stripes in a story that moves from the quiet countryside to a busy garrison town.