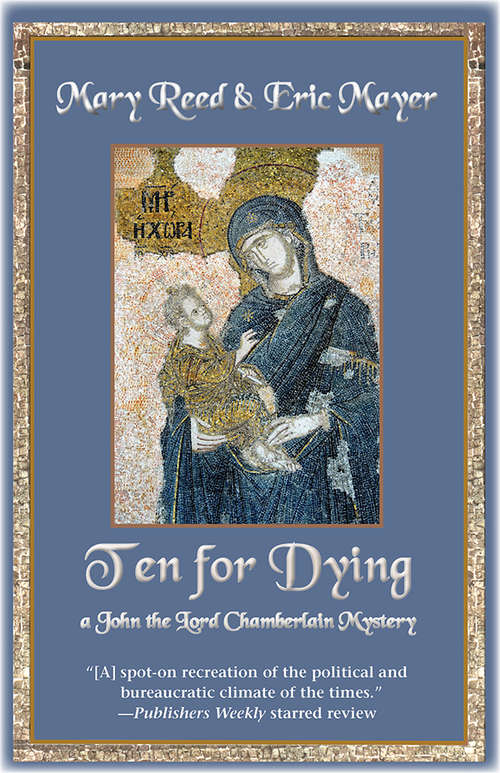 548 CE, Constantinople. Emperor Justinian, distraught from the death of his wife, Empress Theodora, has exiled his longtime aide, John, the Lord Chamberlain. At the Church of the Holy Apostles, an Egyptian magician tries to raise the empress from the dead. As the unholy ceremony explodes into chaos, supposed demons vanish into the darkness with one of the city's holiest relics. Felix, Captain of the Palace Guard, is selected as John's successor and charged with finding the missing relic.

But before Felix's investigation even begins, someone deposits a corpse at his house. A botched attempt to dispose of the body leaves Felix looking suspect. To make matters worse, it seems as if half the city wants to possess the relic, see Felix dead - or both. If only Felix's friend, the shrewd John, were still in the city, but the former Lord Chamberlain has already sailed for Greece.

Now Felix enters a fight for his very survival, a crucible in which he cannot cannot tell friend from foe - or worldly dangers from the supernatural.