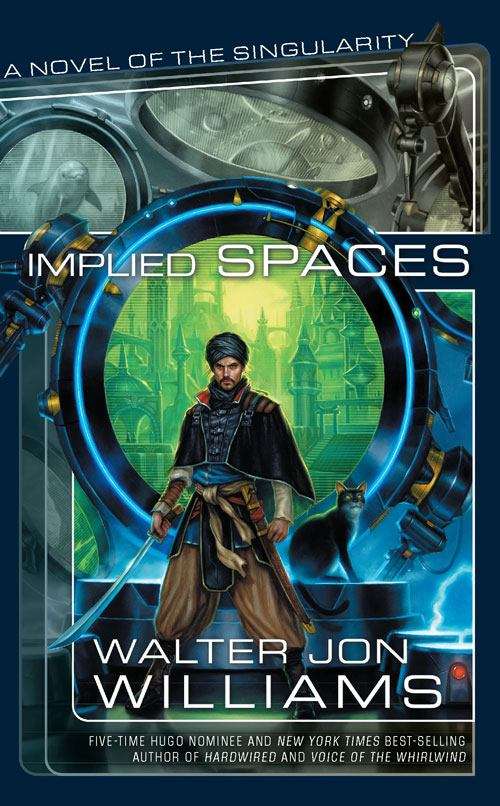 [from inside flaps] "When mankind's every need is serviced by artificial intelligence, and death itself is only a minor inconvenience, what does it mean to be human? The answer lies hidden, deep within the Implied Spaces.

Aristide, a semi-retired computer scientist turned swordsman, is a scholar of the implied spaces, seeking meaning amid the accidents of architecture in a universe where reality itself has been sculpted and designed by superhuman machine intelligence. While exploring the pre-technological world Midgarth, one of four dozen pocket universes created within a series of vast, orbital matrioshka computer arrays, Aristide uncovers a fiendish plot threatening to set off a nightmare scenario, perhaps even bringing about the ultimate Existential Crisis: the end of civilization itself. Traveling the pocket universes with his wormhole-edged sword Tecmesssa in hand and talking cat Bitsy, avatar of the planet-sized computer Endora, at his side, Aristide must find a way to save the multiverse from subversion, sabotage, and certain destruction."