Lord John and the Hand of Devils 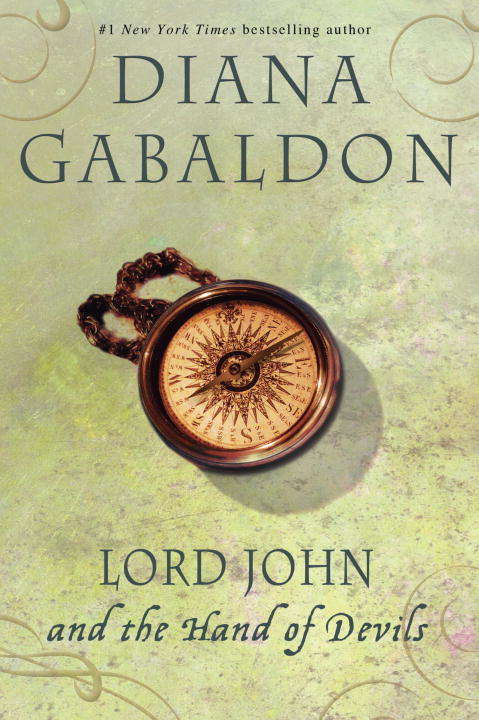 Diana Gabaldon, the New York Times bestselling author of Lord John and the Brotherhood of the Blade and the wildly popular Outlander novels, delivers three tales of war, intrigue, and espionage that feature one of her most popular characters: Lord John Grey. In the heart of the eighteenth century, here are haunted soldiers . . . lusty princesses . . . ghostly apparitions . . . dark family secrets. And here Lord John will face enemies who come in the guise of friends, memories in the shape of a fiery-haired Scot named James Fraser, and allies who have the power to destroy him with a single blow. . . .In Lord John and the Hellfire Club, Lord John glimpses a stranger in the doorway of a gentlemen's club--and is stirred by a desperate entreaty to meet in private. The rendezvous forestalled by a sudden murder, Lord John will wade into a maze of political treachery and a dangerous, debauched underground society. . . . In Lord John and the Succubus, English soldiers fighting in Prussia are rattled by the nocturnal visitations of a deadly woman who sucks life and soul from a man. Called to investigate the night-hag, Lord John finds a murdered soldier and a treacherous Gypsy, and comes to the stark realization that among the spirits that haunt men, none frighten more than the specters conjured by the heart. . . . In Lord John and the Haunted Soldier, Lord John is thrust into the deadly case of an exploding battlefield cannon. Wounded in the same battle, Lord John is called to tesify and soon confronts his own ghost--and the shattering prospect that a traitor is among the ranks of His Majesty's armed forces.Capturing the lonely, tormented, and courageous career of a man who fights for his crown, his honor, and his own secrets, Diana Gabaldon delivers breathtaking human drama. And in tales seething with desire, madness, and political intrigue, Gabaldon once again proves that she can bring history to life in a way few novelists ever have.From the Hardcover edition.