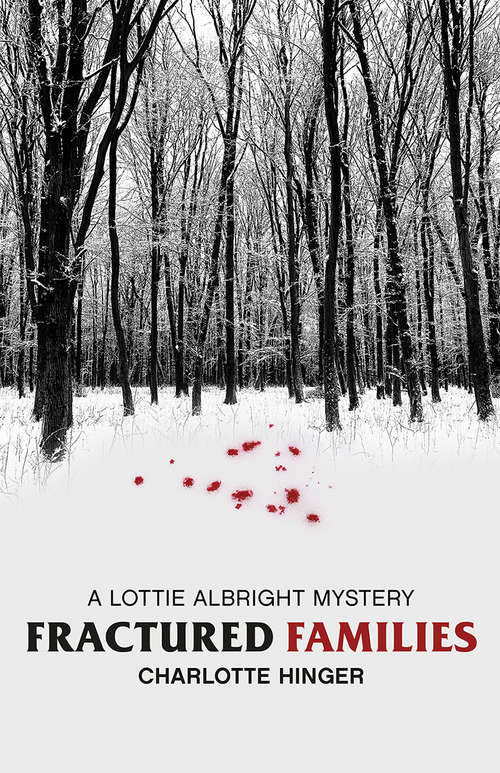 It’s the Garden of Eden. And the weather is absolutely freezing!

The discovery of the body of a young man inside the mausoleum of the Civil War veteran who commissioned this bizarre sculpture park makes the blood of Undersheriff Lottie Albright and her husband’s Aunt Dorothy run cold. Dorothy Mercer, paying a visit to Western Kansas from Manhattan, may be a bestselling mystery novelist, but she is truly shocked confronting murder firsthand.

But the real bone-chiller is yet to come.

With snow coming on, Lottie and Dorothy act quickly to preserve the crime scene while awaiting the arrival of Sheriff Sam Adams. Eyes, and boots, on the ground, they measure and photograph underneath the park’s bizarre parade of tree-high sculptures. Why would they look up?

Reaching Woman stands some forty feet in the air, trapped in stone. And in her arms—a ghastly bundle. It takes the sharp eyes of the old sheriff to spot her burden. It breaks all hearts when it’s brought to earth, a second body, so fresh, so frozen, so forlorn.

Lottie, transitioning from local historian to the politicking necessary to organize a regional crime center, is made the lead investigator. It’s a test of the concept and of her role as its director. She needs investigators, forensics, technology, manpower—and a psychologist to pit wits with a clearly deranged killer. Her twin, Kansas City’s Dr. Josie Albright, is the perfect choice.

Frank Dimon at the Kansas Bureau of Investigation, a reluctant champion of the regional concept, believes too many members of Lottie's family—her veterinarian/deputy husband Keith, Josie, even Dorothy—are on Lottie’s team. But Frank’s insertion of a forensic psychologist of his own choosing sets off a ferocious conflict between Josie and his appointee, Dr. Evan Ferguson, as a hastily assembled crew from the region's counties pits rural wisdom against the KBI's sophisticated methods. Frustration mounts and urgency grows as more statues of women cradling victims are found, the vicious winter weather aiding the psychopath’s work.

No matter how cutting edge the technology, you can’t beat luck. In a break from the stress, Lottie begins to read a Commonplace Book deposited at the Historical Society. As she follows the heartbreaking words penned by a desperate, shunned child of stunning inner beauty and strength, his observations provide the key—at a terrible cost.