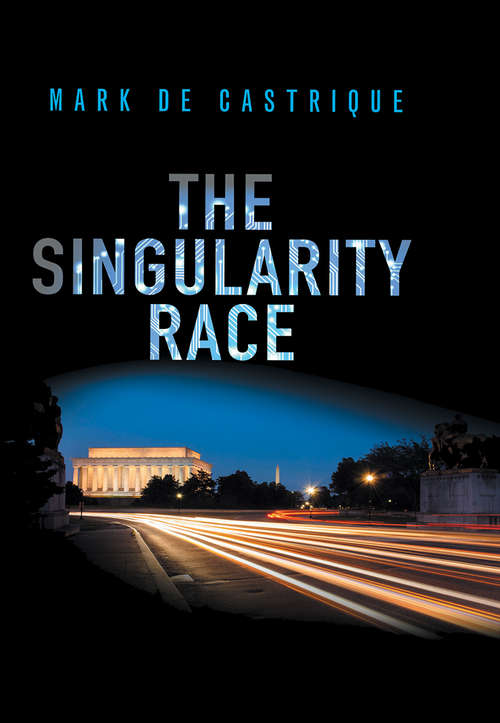 The Singularity-the looming point of no return when Artificial Intelligence surpasses human cognitive abilities, with consequences no one can foresee, and only a handful of people understand.

Rusty Mullins, ex-Secret Service, has never heard of the Singularity. He only knows that after the deadly challenges of his last job for security firm Prime Protection, he swore he'd stop risking his life on assignments. Then his good friend Ted Lewison, head of Prime Protection, asks him back for a routine mission guarding Chinese scientist Dr. Lisa Li and her seven-year-old nephew, Peter, and Mullins agrees.

The conference on AI bringing Dr. Li to Washington, DC, is barely under way when a team of assassins storms the room. The carnage is great but Mullins saves Dr. Li and Peter while the attackers kill the two other AI experts, along with Lewison.

His widow begs Mullins to uncover the power behind the group claiming credit for the assassinations. Is "Double H" homegrown, or part of a larger international conspiracy? Enter eccentric tech billionaire Robert Brentwood who requests Mullins continue to guard Dr. Li and Peter. Brentwood seeks the Singularity and believes Dr. Li holds the key. Mullins agrees in exchange for running his investigation through Brentwood's extraordinary computer resources.

The quest leads him on an unexpected path from Naval Intelligence and the Oval Office to a secret research lab in the North Carolina mountains. No one can be trusted-the race for the Singularity is a global winner-takes-all contest.

Yet, terrifyingly, a machine with capacity exceeding human intelligence can outstrip all controls while possessing no moral or ethical brakes. As the AI stakeholders go all out, Mullins must face his own singularity-the point of no return-when not just he but his family and Dr. Li's will become casualties in what amounts to war.