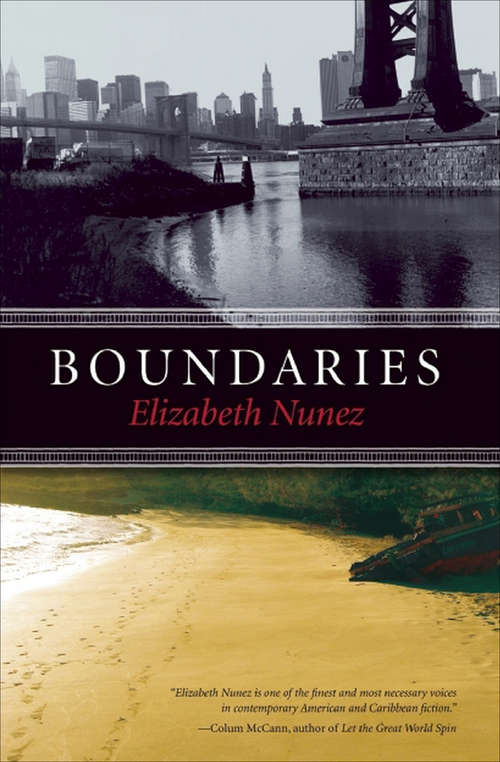 "Boundaries is told in spare and transcendent prose. [...] As always, Nunez delivers a unique and riveting perspective on Caribbean life as well as immigrant life in general."--The New York Amsterdam News"Many moments of elegant, overarching insight bind the personal to the collective past."--New York Times Book Review"If I wore a hat, I'd tip it to novelist Elizabeth Nunez . . . with Boundaries, her eighth work, the storyteller is in fine form . . . [it] is timely and provocative -- and it's written with such vivid prose that, despite the bittersweet ending, you'll step away from this refreshing take on contemporary publishing with a smile."--Essence"In Nunez's latest, the author further explores immigrant life, a life where a hard-working woman can progress up the corporate ladder, buy an apartment in a soon-to-be trendy neighborhood, and still be plagued by outsider's angst . . . A thoughtful literary novel exploring the shadows of cultural identity and the mirage of assimilation."--Kirkus Reviews"A quiet, sensitive portrait. . . This work covers a lot of ground, from mother-daughter and male-female relationships to the tensions between immigrants and the American born."--Library Journal"Nunez deftly dissects the immigrant experience in light of cultural traditions that impact family roles, professional obligations, and romantic opportunities."--Booklist"Elizabeth Nunez is one of the finest and most necessary voices in contemporary American and Caribbean fiction."--Colum McCann, author of Let the Great World SpinIn an age of reality TV, a husband and wife cling to Victorian notions of privacy, though doing so threatens the life of the wife. Their daughter Anna yearns for her mother's unguarded affection, and eventually learns there is value in restraint. But Anna, a Caribbean American immigrant, finds that lesson harder to accept when, eager to assimilate in her new country, she discovers that a gap yawns between her and American-born citizens.THE HEAD OF A SPECIALIZED IMPRINT at a major publishing house, Anna is soon challenged for her position by an ambitious upstart who accuses her of not really understanding American culture, particularly African American culture. Her job at stake, Anna turns for advice to her boyfriend Paul, a Caribbean American himself, who attempts to convince her that immigrants must accept limitations on their freedom in America.TOLD IN SPARE AND TRANSCENDENT PROSE, Boundaries is a riveting immigrant story, a fascinating look into the world of contemporary book publishing, a beautiful extension of the exploration of family dynamics that began in Nunez's previous novel Anna In-Between, and a heart-warming love story.

Copyright:
2011 the Estate of Elizabeth Nunez