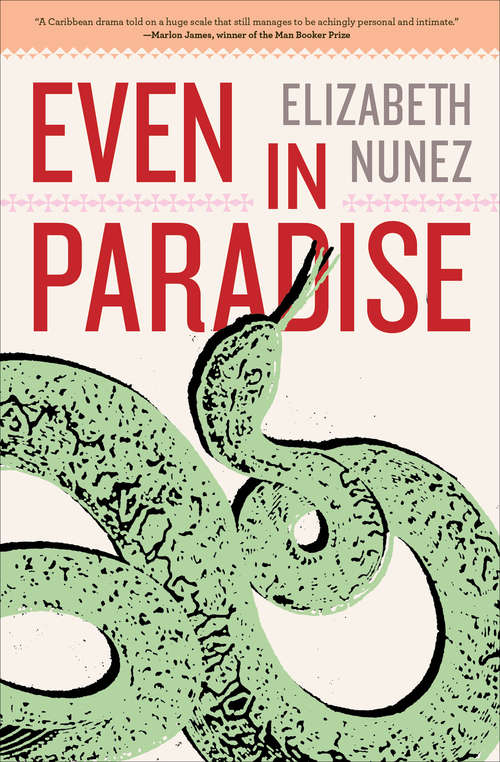 "An epic tale of family betrayal and manipulation couched in superbly engaging prose and peopled with deftly drawn characters. In a story structure as rhythmic as the ebb and flow of the water surrounding Trinidad and Barbados, this revisiting of the classic story of King Lear becomes a subtle, organic exploration of politics, class, race, and privilege. A dazzling, epic triumph. " --Kirkus Reviews, Starred review "[Narrator] Émile remarks on parallels to King Lear repeatedly, but there is much more to unpack here. The issue of racism is woven throughout, as are regional problems such as access to Barbados''s beaches and poverty in Jamaica''s Tivoli Gardens. This is also a celebration of the arts, culture, and natural beauty of the islands. Shakespeare''s work is a tragedy, but for Émile ''the future shimmers before [him] full of wondrous possibilities. '' Nunez treats her source material with a deft touch, making this story impressive in its own right. " --Publishers Weekly "Nunez''s textured and engaging novel explores familial discord, along with questions of kinship and self-identity. . . . With a nod to King Lear, Nunez crafts an introspective tale as her vividly drawn characters navigate complications of heritage, race, and loyalty. " --Booklist "In her latest novel, Even in Paradise, acclaimed author Elizabeth Nunez reimagines Shakespeare''s King Lear set in the Caribbean. She transforms the classic tragic tale of betrayal and manipulation within a family into a more political meditation on race, class, and privilege featuring a multiracial cast of characters. " --Hello Beautiful, #BlackWomenRead: 17 Books by Black Women You Need In Your Life This Spring "Another engaging novel by an accomplished author who retells the story of King Lear in a Caribbean landscape with racial tensions playing out alongside the classic narrative of greed and parent/child relations. . . . [The novel] is structured with interesting and layered plots, but what I like best is [Nunez''s] exquisite language detailing Caribbean landscapes and people. . . . I strongly recommend this book, especially to those who love Caribbean stories. " --Me, You, and Books "Even in Paradise is Caribbean drama as grand epic. Nunez, always a master of unexpected contrasts, does it here again. A story told on a huge scale that still manages to be achingly personal and intimate. " --Marlon James, author of A Brief History of Seven Killings "The Caribbean is so blessed to have Elizabeth Nunez writing from and for us! This novel is pan-Caribbean and multiracial, crossing the West Indies with Caribbean characters ethnically originating in Africa, Europe, and the Middle East. Even in Paradise adds another dimension to how we read Shakespeare''s King Lear while celebrating the cultural institutions in the region that have made writers like Nunez possible. " --Tiphanie Yanique, author of Land of Love and Drowning Peter Ducksworth, a Trinidadian widower of English ancestry, retires to Barbados, believing he will find an earthly paradise there. He decides to divide his land among his three daughters while he is alive, his intention not unlike that of King Lear, who hoped "That future strife/May be prevented now. " But Lear made the fatal mistake of confusing flattery with love, and so does Ducksworth. Feeling snubbed by his youngest daughter, Ducksworth decides that only after he dies will she receive her portion of the land. In the meantime, he gives his two older daughters their portions, ironically setting in motion the very strife he hoped to prevent. Beautifully written in elegant prose, this is a novel about greed, resentment, jealousy, betrayal, and romantic love in the postcolonial world of the Caribbean, giving us a diverse cast of characters of African, Indian, Chinese, Syrian/Lebanese, and English ancestry.