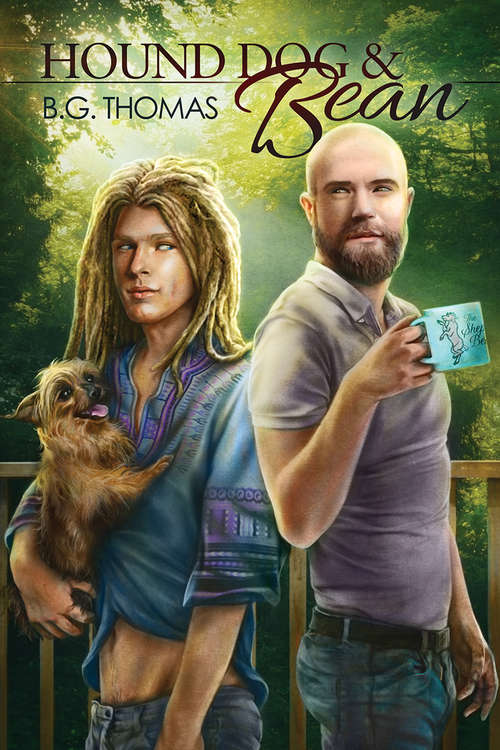 There's been little love in H.D. "Hound Dog" Fisher's life since the death of his beloved mom when he was a boy. Bounced around the foster care system, he ran away as soon as he could... and took the foster dog with him. As far as he's concerned, only dogs have no ulterior motive, never hold a grudge, and offer unconditional love. Now he helps run a no-kill shelter and leaves relationships where they belong: in the back room.

"Bean" Alexander settled in Kansas City to open his coffee shop after years of traveling. He never expected to open his heart too. When a man with a grudge takes a swing at H.D. while in line at Bean's shop, Bean jumps to intervene.

So taking a hit for H.D. gets Bean noticed, and H.D. feels obligated to pay a debt. But then the unexpected happens. A series of misadventures causes H.D. to open up--but falling in love makes him turn tail and run. Trust is a tough road to travel. Will good friends, a dog named Sarah Jane, and a bit of folk magic be enough to bring Hound Dog and Bean a happy ending?