Bertie and the Crime of Passion 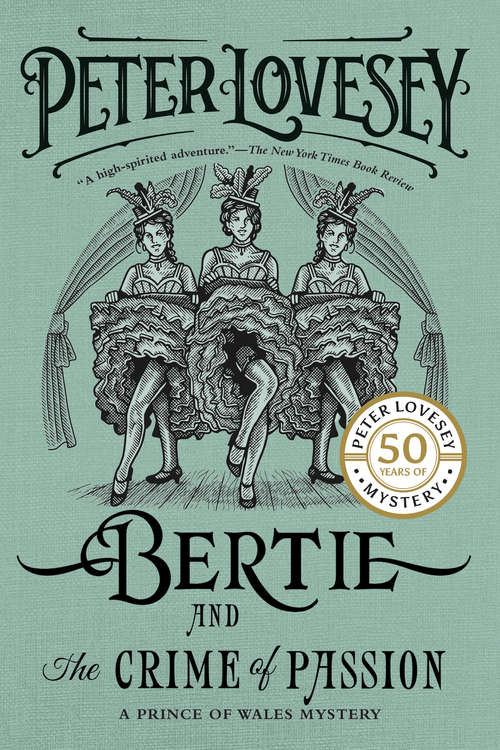 The third and final entry of the Bertie Prince of Wales mystery series, featuring future King Edward VII, Albert Edward, as an amateur sleuth solving suspicious murders in Victorian England.Bertie, amateur sleuth and the Crown Prince of Wales, loves food and women. This is why Bertie enjoys his frequent trips to Paris, a city that is known not only as the City of Lights, but also as the city of romance and fine cuisine. In 1891, however, Bertie’s yearly Paris vacation becomes much more eventful than he had anticipated when, soon after his arrival, he learns that the future son-in-law of his old friend, Jules d’ Agincourt, was recently murdered at the Moulin Rouge. Unable to resist practicing his detective skills, Bertie resolves to assist the Sûreté, the French police force, in solving the ongoing case. He enlists the help of the reluctant Sarah Bernhardt, renowned actress and Bertie’s long-time friend, and together, Bertie and Sarah travel around Paris following possible leads, questioning witnesses, and even apprehending the murder weapon. When the Sûreté discovers that the victim’s fiancée has a much older lover who was present at the scene of the murder, they immediately arrest him on the suspicion that the murder was a crime of passion. Bertie’s instincts tell him that this man is innocent, but the Sûreté is convinced he is the killer. With the threat of the guillotine looming over the innocent man’s head, it is up to Bertie to find the real killer and close the case before it is too late.