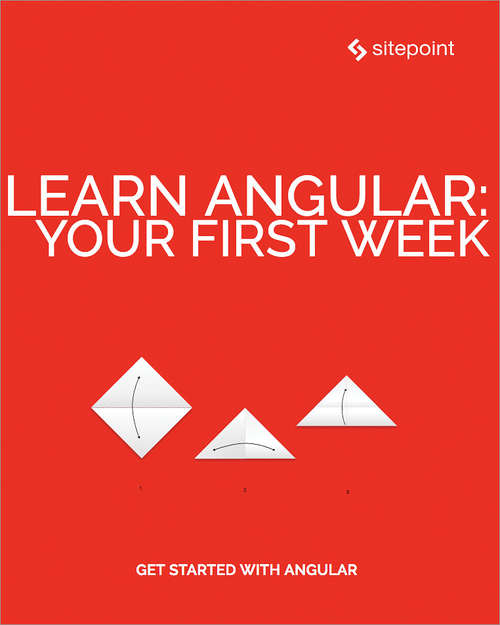 Angular is not just a framework, but rather a platform that empowers developers to build applications for the web, mobile, and the desktop.

This book contains a collection of articles that provide a rapid introduction to Angular, getting you up and running with no fuss. It contains:

Angular Introduction: What It Is, and Why You Should Use It by Ilya Bodrov-KrukowskiAngularJS and Angular: a Detailed Comparison by Manjunath MAn Introduction to TypeScript: Static Typing for the Web by Byron HouwensGetting Past Hello World in Angular by Jason AdenAngular Components: Inputs and Outputs by David AdenA Practical Guide to Angular Directives by Claudio RibeiroAngular Components and Providers: Classes, Factories and Values by David AdenQuickly Create Simple Yet Powerful Angular Forms by Kaloyan KolevUsing Angular NgModules for Reusable Code and More by Jeremy WilkenAngular Testing: A Developer's Introduction by Michael WanyoikeCreating UIs with Angular Material Design Components by Ahmed BouchefraDeveloping Angular Apps without a Back End Using MockBackend by Vildan SofticReact vs Angular: An In-depth Comparison by Pavels Jelisejevs

This book is for all front-end developers who want to get proficient with Angular and its related tools. You'll need to be familiar with HTML and CSS and have a reasonable level of understanding of JavaScript in order to follow the discussion.