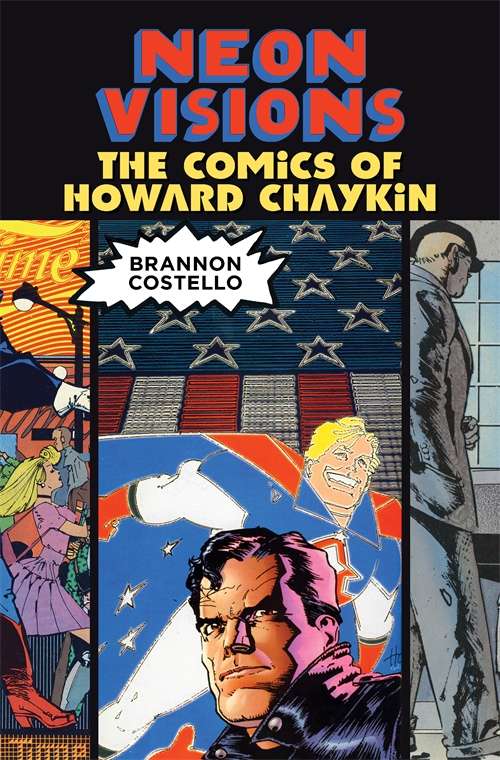 In the 1980s, Howard Chaykin broke new ground in American comic books with a series of formally innovative, iconoclastic works that turned the traditional action-adventure tales of mainstream comics into a platform for personal expression, political engagement, and aesthetic experimentation. His original creations American Flagg!, Time², and the notorious Black Kiss, along with his reshaping of familiar titles like The Shadow and Blackhawk, generated acclaim and often controversy as they challenged expectations of the visual design and subject matter permissible in popular comics. Today, Chaykin remains a vital and prolific artist, but despite the original and influential nature of his work, he receives scant critical attention.In Neon Visions, Brannon Costello offers the first book-length critical evaluation of Chaykin’s work and confronts the blind spots in comics scholarship that consign this seminal artist to the margins. He argues that Chaykin’s contributions are often overlooked because his comics eschew any pretensions to serious literature. Instead, Chaykin’s work revels in the cliffhanger thrills of heroic-adventure genres and courts outrage with transgressive depictions of violence and sexuality. Examining Chaykin’s career from his early successes to compelling contemporary series such as City of Tomorrow, Dominic Fortune, and the controversial Black Kiss 2, Costello explores how this inventive body of work, through its evolving treatment of the theme of authenticity, incisively investigates popular culture’s capacity to foster or constrain individual identity and political agency. Challenging prevailing assumptions about the types of comics deemed worthy of scholarly attention, Costello reveals that the work of an artist as distinctive as Howard Chaykin demands a nuanced reading—one that confronts his unique approach to the comics medium, his blending of autobiographical themes and genre trademarks, and his engagement with comic books as artifacts of consumer culture.