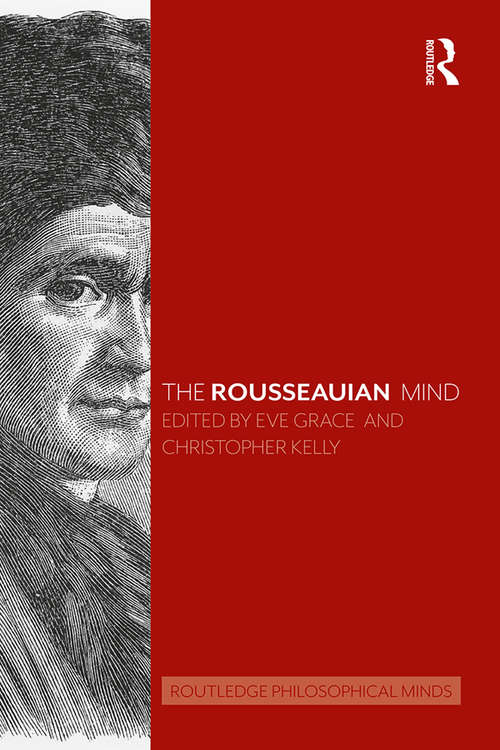 Jean-Jacques Rousseau (1712-1778) is a major figure in Western Philosophy and is one of the most widely read and studied political philosophers of all time. His writings range from abstract works such as On the Social Contract to literary masterpieces such as The Reveries of the Solitary Walker as well as immensely popular novels and operas.

The Rousseauian Mind provides a comprehensive survey of his work, not only placing it in its historical context but also exploring its contemporary significance. Comprising over forty chapters by a team of international contributors the Handbook covers:

The predecessors and contemporaries to Rousseau’s work

The major texts of the 'system'

Autobiographical texts including Confessions, Reveries of the Solitary Walker and Dialogues

The successors to Rousseau’s work

Essential reading for students and researchers in philosophy, Rousseau’s work is central to the study of political philosophy, the Enlightenment, French studies, the history of philosophy and political theory.