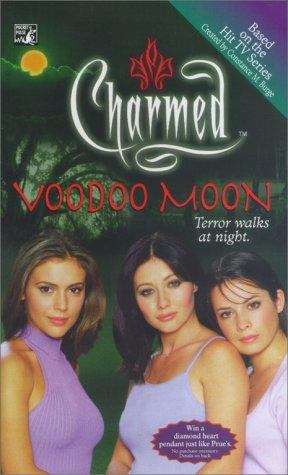 Piper saw a thick, enormous black snake rear up beside the flickering fire.

"What kind of snake is that?" Piper asked.

"It ... it looks like the creature from my vision," Phoebe told her. "The snake that was going to devour that girl."

"That's no snake. It's a loa, an evil voodoo spirit," Randy muttered. The monstrous creature turned its head toward them. Its eyes were twin pinpoints of flame. Deadly fangs jutted from its mouth. Piper had never seen anything that was so purely evil.

"It's seen us!" Yvonne exclaimed. "This is it. You must use your power now if we are to escape."

Stepping out of the shadows, the three Halliwell sisters joined hands. They advanced slowly on the loa.

"The Power of Three," Piper called out to steel her sisters. They squeezed her hands.

"The Power of Three," they answered back.