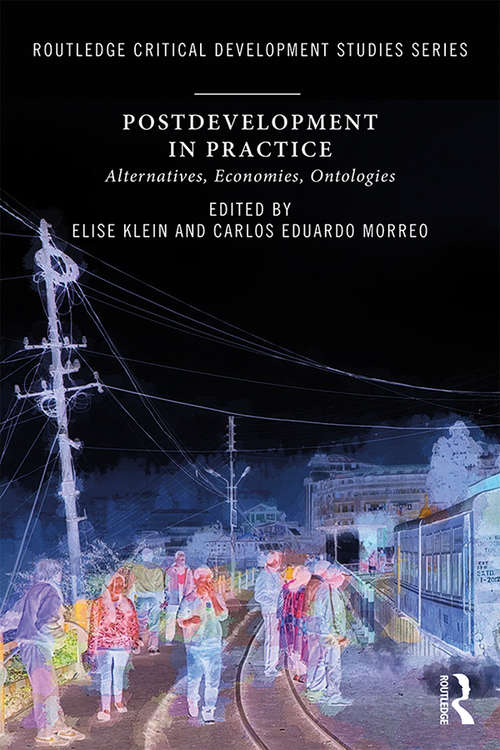 Postdevelopment in Practice critically engages with recent trends in postdevelopment and critical development studies that have destabilised the concept of development, challenging its assumptions and exposing areas where it has failed in its objectives, whilst also pushing beyond theory to uncover alternatives in practice.

This book reflects a rich and diverse range of experience in postdevelopment work, bringing together emerging and established contributors from across Latin America, South Asia, Europe, Australia and elsewhere, and it brings to light the multiple and innovative examples of postdevelopment practice already underway. The complexity of postdevelopment alternatives are revealed throughout the chapters, encompassing research on economy and care, art and design, pluriversality and buen vivir, the state and social movements, among others. Drawing on feminisms and political economy, postcolonial theory and critical design studies, the ‘diverse economies’ and ‘world of the third’ approaches and discussions on ontology and interdisciplinary fields such as science and technology studies, the chapters reveal how the practice of postdevelopment is already being carried out by actors in and out of development.

Students, scholars and practitioners in critical development studies and those seeking to engage with postdevelopment will find this book an important guide to applying theory to practice.