Key Thinkers on the Environment 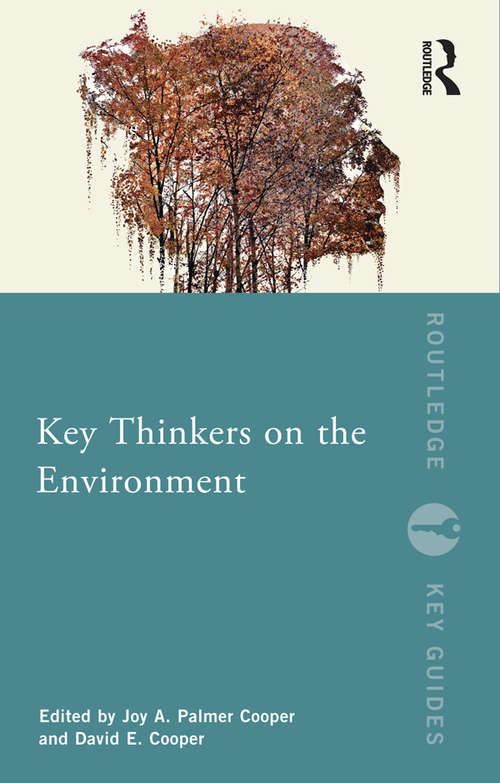 Key Thinkers on the Environment is a unique guide to environmental thinking through the ages. Joy A. Palmer Cooper and David E. Cooper, themselves distinguished authors on environmental matters, have assembled a team of expert contributors to summarize and analyse the thinking of diverse and stimulating figures from around the world and from ancient times to the present day. Among those included are:

philosophers such as Rousseau, Kant, Spinoza and Heidegger

activists such as Chico Mendes and Wangari Maathai

literary giants such as Virgil, Goethe and Wordsworth

eminent scientists such as Darwin, Lovelock and E.O. Wilson.

Lucid, scholarly and informative, the essays contained within this volume offer a fascinating overview of humankind’s view and understanding of the natural world.