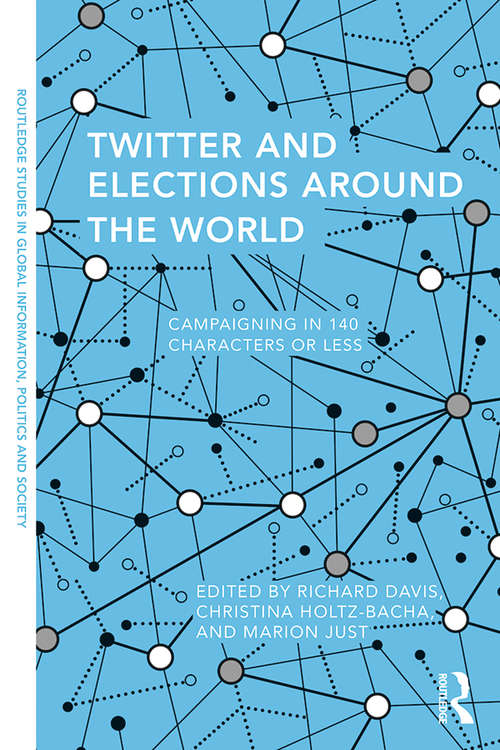 Whereas much scholarship to date has focused primarily on Twitter’s political usage in the United States, there still remain many questions about the political uses and effects of Twitter in a global context. Does Twitter effect how reporters interact with candidates or even with each other? Does Twitter increase voter participation? Who is tweeting about elections? Why do people use Twitter in electoral contexts? Which type of candidate is more likely to use Twitter and why? Do parties differ in their use of Twitter, and why? Does Twitter increase candidate-voter interaction? Is Twitter shaping elections in various system contexts, and if so how? What is the influence of system context on Twitter use by parties, candidates, reporters, and voters?

Eloquently combining theory and practice, established and rising scholars in the field of political communication have been brought together to provide an essential overview of the influence of Twitter on elections in a comparative perspective. Readers of this book will not only learn everything there is to know about this specific influence of Twitter, but more broadly how to approach the study of various online tools in general.