Political Engagement of the Young in Europe 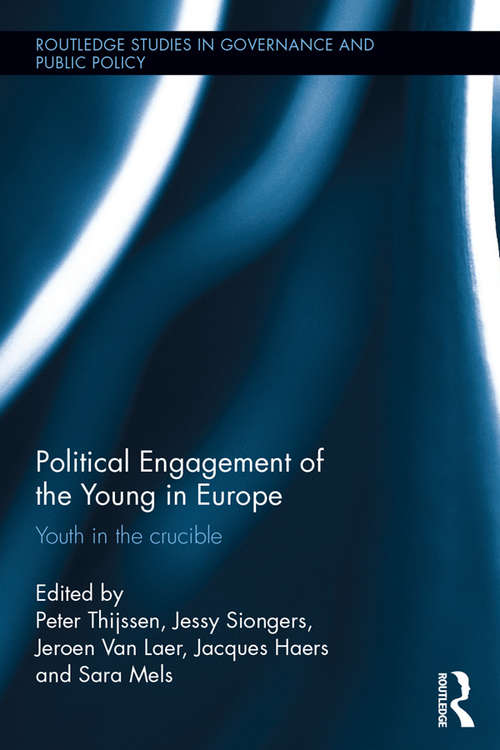 Although many scholars are convinced of the apparent civic disengagement of youth, others suggest that civic participation of young people is stable and increasingly expressed through non-institutionalized forms of practicing politics.

This book makes a key contribution to this discussion by asking whether the "decline or shift" paradigm is sufficient in understanding political participation of the youth. It argues that we need to move beyond this framework and develop a renewed reflection on the meaning of "civic and political engagement". It asks crucial questions such as:

How can the young be educated into assuming civic and political responsibility?

Why and how do young people engage in social and political action?

How do the principal mediating institutions (education, media and the family) contribute to new or different forms of youth civic engagement?

This text contains contributions from acknowledged specialists such as Constance Flanagan, Mark Elchardus, Marc Hooghe and Bert Klandermans and will be of key interest to students and scholars of youth and young citizens, civic & political involvement, European politics, youth studies, sociology, political participation and electoral behaviour.