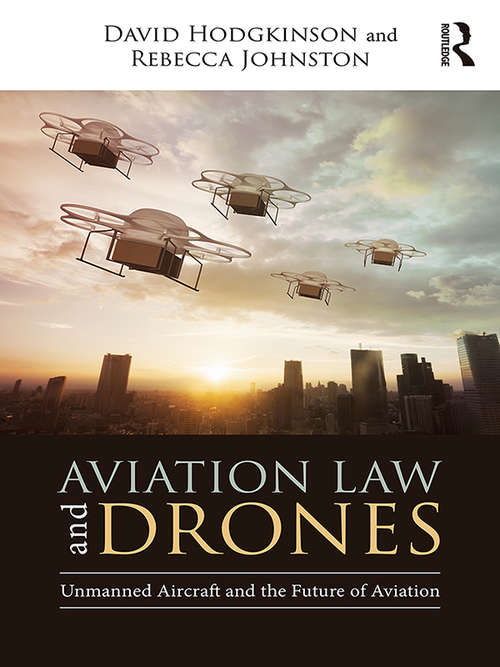 The aviation industry is being transformed by the use of unmanned aerial vehicles, or drones – commercially, militarily, scientifically and recreationally. National regulations have generally failed to keep pace with the expansion of the fast-growing drone industry.

Aviation Law and Drones: Unmanned Aircraft and the Future of Aviation traces the development of aviation laws and regulations, explains how aviation is regulated at an international and national level, considers the interrelationship between rapidly advancing technology and legislative attempts to keep pace, and reviews existing domestic and international drone laws and issues (including safety, security, privacy and airspace issues). Against this background, the book uniquely proposes a rationale for, and key provisions of, guiding principles for the regulation of drones internationally – provisions of which could also be implemented domestically. Finally, the book examines the changing shape of our increasingly busy skies – technology beyond drones and the regulation of that technology. The world is on the edge of major disruption in aviation – drones are just the beginning.

Given the almost universal interest in drones, this book will be of interest to readers worldwide, from the academic sector and beyond.