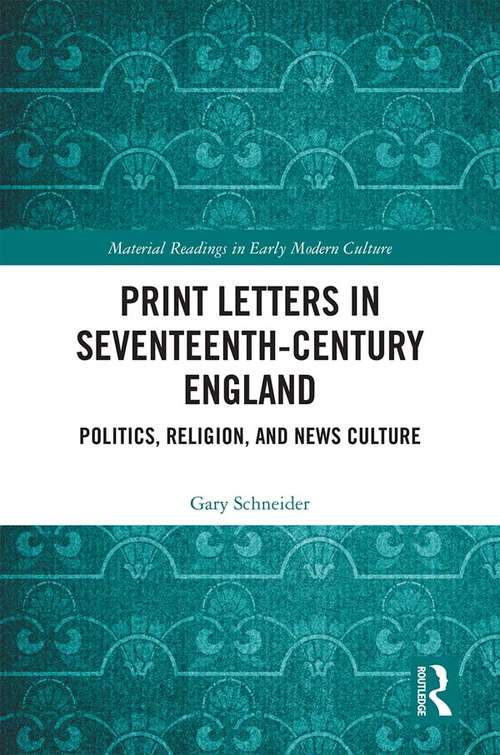 Print Letters in Seventeenth-Century England investigates how and why letters were printed in the interrelated spheres of political contestation, religious controversy, and news culture—those published as pamphlets, as broadsides, and in newsbooks in the interests of ideological disputes and as political and religious propaganda. The epistolary texts examined in this book, be they fictional, satirical, collected, or authentic, were written for, or framed to have, a specific persuasive purpose, typically an ideological or propagandistic one. This volume offers a unique exploration into the crucial interface of manuscript culture and print culture where tremendous transformations occur, when, for instance, at its most basic level, a handwritten letter composed by a single individual and meant for another individual alone comes, either intentionally or not, into the purview of hundreds or even thousands of people. This essential context, a solitary exchange transmuted via print into an interaction consumed by many, serves to highlight the manner in which letters were exploited as propaganda and operated as vehicles of cultural narrative.