The Rise of Big Government 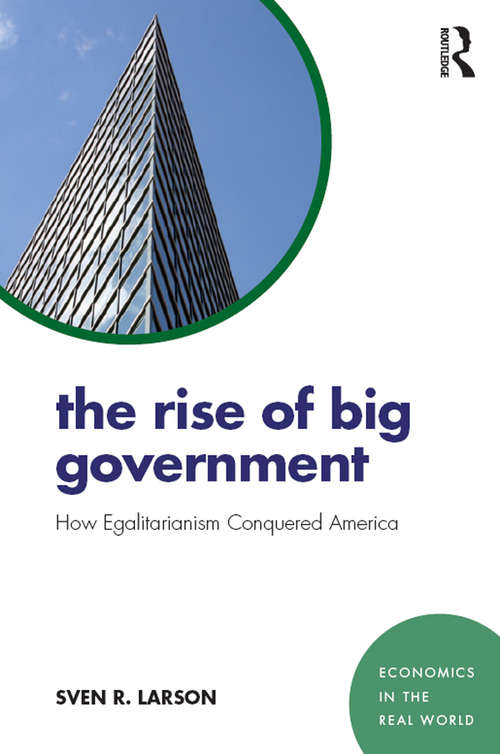 Americans tend to believe that their country is very different from Europe. Yet over the past half century they have imported and embraced the most transformative social idea of modern Scandinavia: egalitarianism. Today, the United States is more like Sweden than it is different, dedicated to economic redistribution and to vigorously defending its big government. What price, morally and economically, are today’s Americans willing to pay to preserve their egalitarian welfare state? Are they willing to turn life into a fiscal cost item? Will they sacrifice their children’s future prosperity to defend their entitlements?

The Rise of Big Government: How Egalitarianism Conquered America pursues the answer to these questions by going back to the ideological origins of the modern, egalitarian welfare state. Specifically, the book asks why this unity has been able to set such deep roots in the United States, a country that is often perceived as fundamentally different when it comes to the role of government in the economy. It is shown that there are more similarities than differences between the welfare state in the United States and its Swedish "template."

This book is essential reading for anyone interested in understanding how the egalitarian ideology conquered the United States, and who seeks to gain a deeper understanding of its strength, its resiliency, and the problems it faces in the future.