Women in International and Universal Exhibitions, 1876–1937 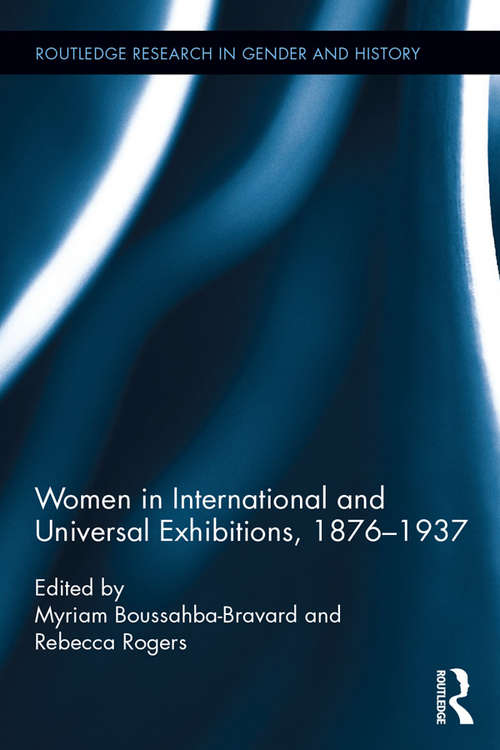 This book argues for the importance of bringing women and gender more directly into the dynamic field of exposition studies. Reclaiming women for the history of world fairs (1876-1937), it also seeks to introduce new voices into these studies, dialoguing across disciplinary and national historiographies.

From the outset, women participated not only as spectators, but also as artists, writers, educators, artisans and workers, without figuring among the organizers of international exhibitions until the 20th century. Their presence became more pointedly acknowledged as feminist movements developed within the Western World and specific spaces dedicated to women’s achievements emerged.

International exhibitions emerged as showcases of "modernity" and "progress," but also as windows onto the foreign, the different, the unexpected and the spectacular. As public rituals of celebration, they transposed national ceremonies and protests onto an international stage. For spectators, exhibitions brought the world home; for organizers, the entire world was a fair.

Women were actors and writers of the fair narrative, although acknowledgment of their contribution was uneven and often ephemeral. Uncovering such silence highlights how gendered the triumphant history of modernity was, and reveals the ways women as a category engaged with modern life within that quintessential modern space—the world fair.