The Legal Power to Launch War 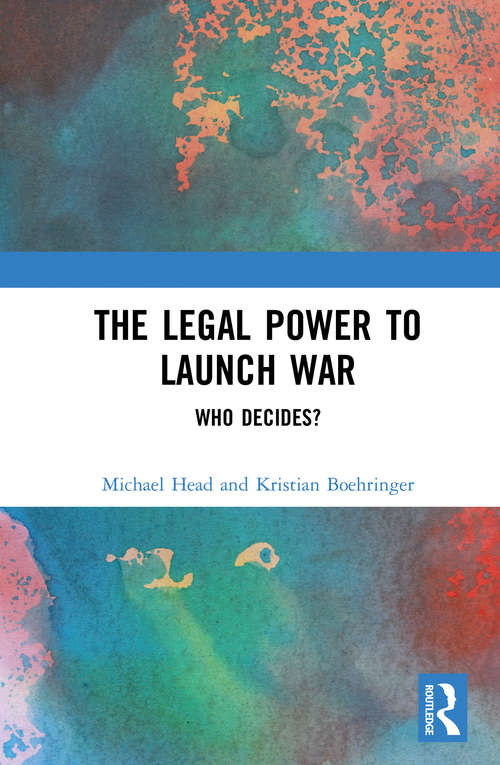 The issue of who has the power to declare war or authorise military action in a democracy has become a major legal and political issue, internationally, and is set to become even more pertinent in the immediate future, particularly in the wake of military action in Syria, ongoing wars in the Middle East, and tense discussions between the United States and its allies, and Russia and China.

This book comparatively examines the executive and prerogative powers to declare war or launch military action, focusing primarily on the United States, Britain and Australia. It explores key legal and constitutional questions, including:

who currently has the power/authority to declare war?

who currently has the power to launch military action without formally declaring war?

how, if at all, can those powers be controlled, legally or politically?

what are the domestic legal consequences of going to war?

In addition to probing the extensive domestic legal consequences of going to war, the book also reviews various proposals that have been advanced for interrogating the power to commence armed conflict, and explores the reasons why these propositions have failed to win support within the political establishment.