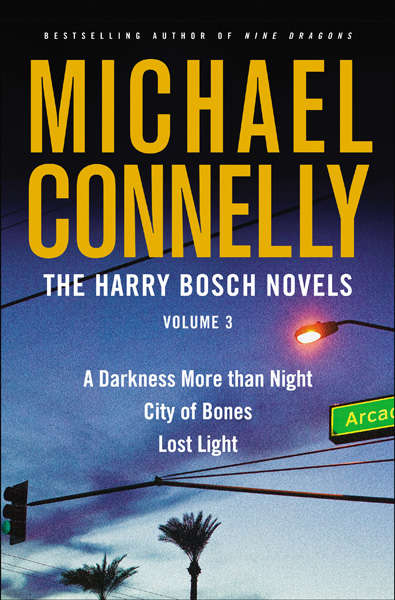 A Darkness More than Night

It was a case some cops could live with: the torture and killing of a man who spread horrors of his own. Former FBI profiler Terry McCaleb is called in to decipher the grisly crime scene. Shockingly, the suspect he pinpoints is LAPD detective Harry Bosch. But while Bosch may have had a good reason to commit murder, he has an even better one for staying alive-and for finding a suspect of his own.

A dog finds a bone in the Hollywood Hills and unearths a murder committed more than twenty years earlier. It's a cold case, but Bosch can't let it go. As the investigation takes him deeper into the past, a beautiful rookie cop brings him alive in the present-until a stunningly blown mission and a brutal showdown leave Bosch on the brink of an unimaginable decision.

For years, the unsolved murder of Angella Benton has haunted him. Bosch was taken off the young production assistant's case when her death was linked with the violent theft of two million dollars from a movie set. Both files were never closed. Now retired from the LAPD, Bosch is determined to find justice for Angella. And even in the faces of a powerful and ruthless opponent, he will not back down, with or without a badge.