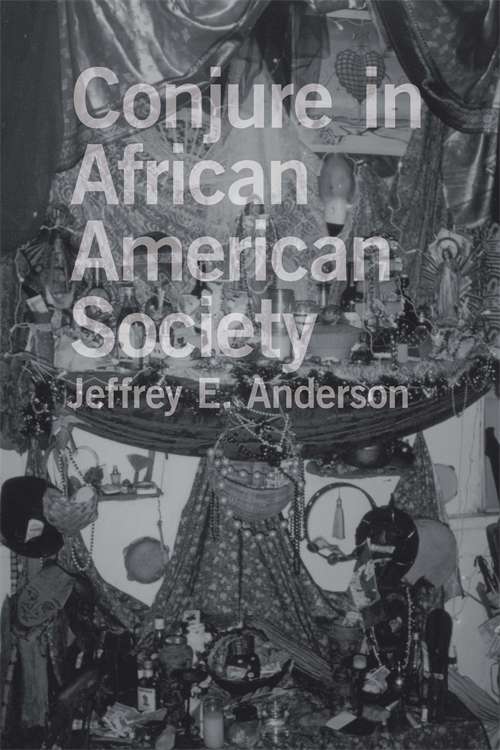 From black sorcerers' client-based practices in the antebellum South to the postmodern revival of hoodoo and its tandem spiritual supply stores, the supernatural has long been a key component of the African American experience. What began as a mixture of African, European, and Native American influences within slave communities finds expression today in a multimillion dollar business. In Conjure in African American Society, Jeffrey E. Anderson unfolds a fascinating story as he traces the origins and evolution of conjuring practices across the centuries. Though some may see the study of conjure as a perpetuation of old stereotypes that depict blacks as bound to superstition, the truth, Anderson reveals, is far more complex. Drawing on folklore, fiction and nonfiction, music, art, and interviews, he explores various portrayals of the conjurer -- backward buffoon, rebel against authority, and symbol of racial pride. He also examines the actual work performed by conjurers, including the use of pharmacologically active herbs to treat illness, psychology to ease mental ailments, fear to bring about the death of enemies and acquittals at trials, and advice to encourage clients to succeed on their own. By critically examining the many influences that have shaped conjure over time, Anderson effectively redefines magic as a cultural power, one that has profoundly touched the arts, black Christianity, and American society overall.