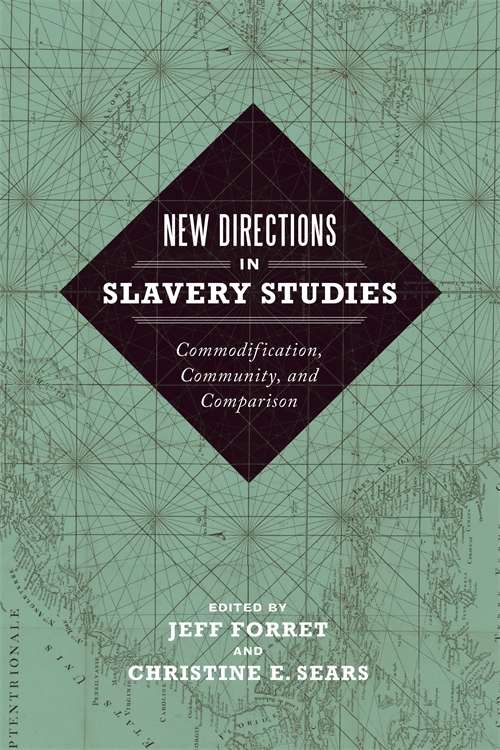 In this landmark essay collection, twelve contributors chart the contours of current scholarship in the field of slavery studies, highlighting three of the discipline's major themes--commodification, community, and comparison--and indicating paths for future inquiry.

New Directions in Slavery Studies addresses the various ways in which the institution of slavery reduced human beings to a form of property. From the coastwise domestic slave trade in international context to the practice of slave mortgaging to the issuing of insurance policies on slaves, several essays reveal how southern whites treated slaves as a form of capital to be transferred or protected. An additional piece in this section contemplates the historian's role in translating the fraught history of slavery into film.

Other essays examine the idea of the "slave community," an increasingly embattled concept born of revisionist scholarship in the 1970s. This section's contributors examine the process of community formation for black foreigners, the crucial role of violence in the negotiation of slaves' sense of community, and the effect of the Civil War on slave society. A final essay asks readers to reassess the long-standing revisionist emphasis on slave agency and the ideological burdens it carries with it.

Essays in the final section discuss scholarship on comparative slavery, contrasting American slavery with similar, less restrictive practices in Brazil and North Africa. One essay negotiates a complicated tripartite comparison of secession in the United States, Brazil, and Cuba, while another uncovers subtle differences in slavery in separate regions of the American South, demonstrating that comparative slavery studies need not be transnational.

New Directions in Slavery Studies provides new examinations of the lives and histories of enslaved people in the United States.