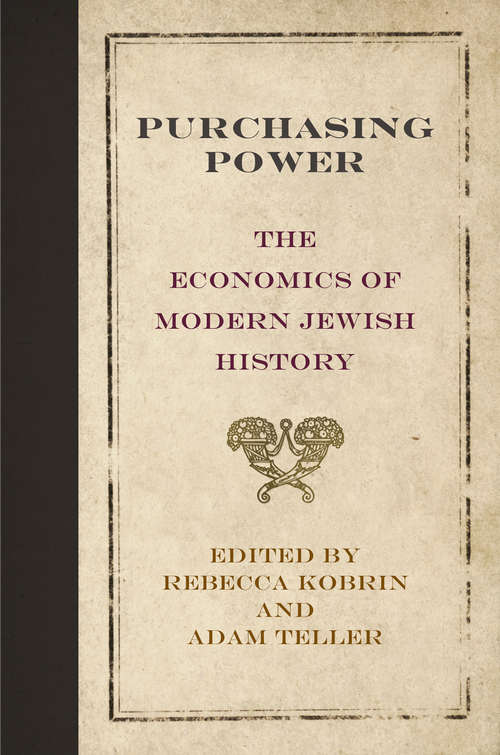 How has the ability of Jews to amass and wield power, within both Jewish and non-Jewish society, influenced and been influenced by their economic activity? Purchasing Power answers this question by examining the nexus between money and power in modern Jewish history. It does so, in its first section, by presenting a series of case studies of the ways in which the economic choices made by Jewish businessmen could bring them wealth and influence. The second section focuses on transnational Jewish philanthropic and economic networks. The discussions there reveal how the wielding of power by Jewish organizations on the world stage could shape not only Jewish society but also the international arena.In this way, the contributors to this volume reposition economics as central to our understanding of the Jewish experience from early modern Rome to contemporary America. Its importance for the creation of the State of Israel is also examined. As the editors write: "The study of culture and identity has proved valuable and enlightening (and, in some senses, also comfortable) in understanding the complexities of Jewish history. Perhaps we should now return to the issues of the material bases for Jewish life, and the ways in which Jews have exploited them in their search for wealth and power. Our understanding of the Jewish past will be immeasurably enriched in the effort."Contributors: Cornelia Aust, Bernard Cooperman, Veerle Vanden Daelen, Jonathan Dekel-Chen, Glenn Dynner, Abigail Green, Jonathan Karp, Rebecca Kobrin, Adam D. Mendelsohn, Derek Penslar, Adam Sutcliffe, Adam Teller, Carsten L. Wilke.