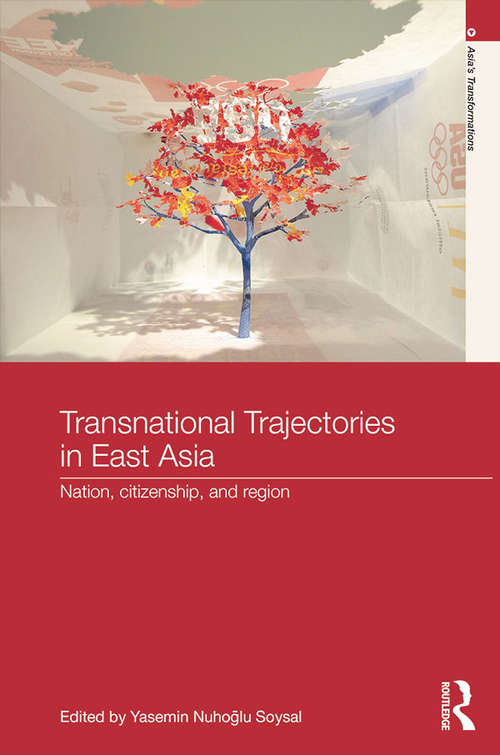 In recent decades, East Asia has become increasingly interconnected through trade, investment, migration, and popular culture at regional and global levels. At the same time, the region has seen renewed national assertiveness and nationalist impulses. The book interrogates these seemingly contradictory developments as they bear on the transformations of the nation and citizenship in East Asia. Conventionally, studies on East Asia juxtapose these developments, focusing on the much-exercised dichotomy of the national and transnational. In contrast, this book suggests a different orientation. First, it moves beyond the simplistic view that demarcates the transnational as "the West". Second, it does not view the national and transnational as distinct or contradictory spheres of influence and analysis, but rather, focuses on the interactions between the two, with a view on how these interactions work to transform the ideals and practices of the "good nation", "good society", and "good citizen". The chapters cover a broad range of empirical research--education, science, immigration, multicultural policy, human rights, gender and youth orientations, art and food flows, politics of values and regional identity--which highlight the ways in which the nation is reconfigured, and the relationship between the citizen and (national) collective is redefined, in relation to transnational dynamics and frameworks.

Transnational Trajectories in East Asia provides a new perspective on and original analysis of transnational processes, bringing a fresh understanding to developments of the nation and citizenship in the region. It will be of great interest to students and scholars of transnationalization and globalization; comparative citizenship, migration, and multiculturalism; and Asian politics, society, and regionalism.