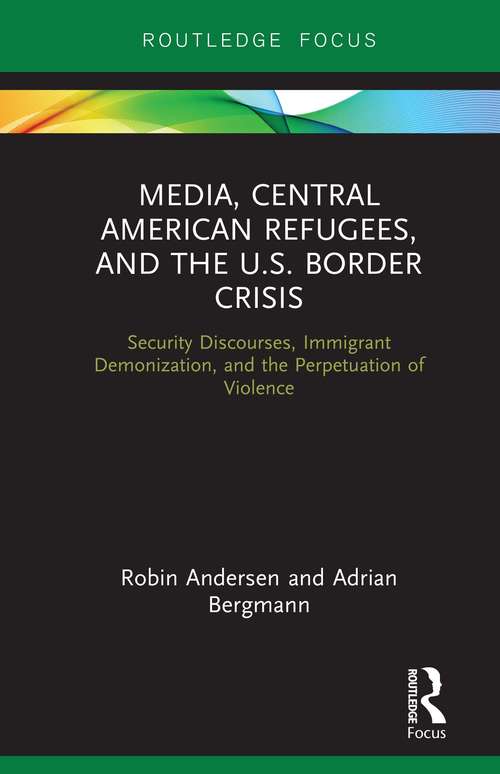 This book identifies the history, conventions, and uses of security discourses, and argues that such language and media frames distort information and mislead the public, misidentify the focus of concern, and omit narratives able to recognize the causes and solutions to humanitarian crises.

What has been identified as a crisis at the border is better understood as an on-going crisis of violence, building over decades, that has forced migrants from their homes in the countries of the Northern Triangle. Authors Robin Andersen and Adrian Bergmann look back to U.S. military policies in the region and connect this legacy to the cross-border development of transnational gangs, government corruption, and on-going violence that often targetsenvironmental and legal defenders. They argue that the discourses of demonization and securitization only help perpetuate brutality in both Central America and the United States, especially in the desert borderlands of the southwest. They offer ways in which stories of migrants can be reframed within the language of justice, empathy,and humanitarianism.

A compelling examination of language, media, and politics, this book is both highly contemporary and widely applicable, perfect for students and scholars of global media, political communications, and their many intersections.