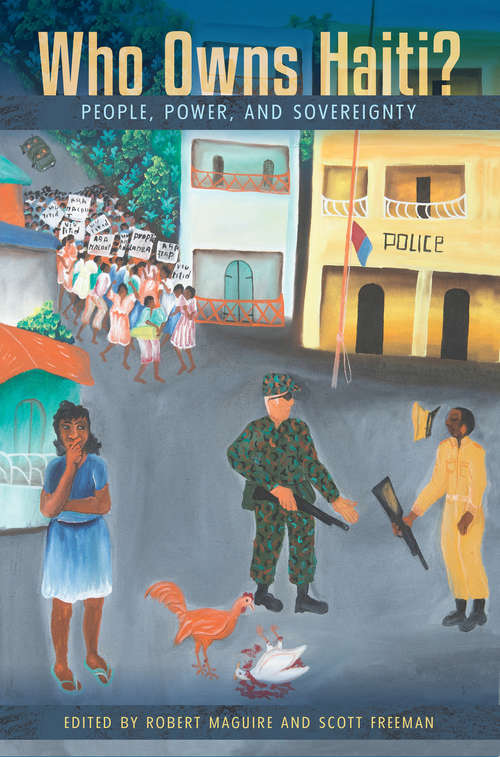 "A timely collection of articles by some of the leading and emerging scholars and specialists on Haiti, offering a wide range of critical perspectives on the question and meaning of sovereignty in Haiti."--Alex Dupuy, coauthor of The Prophet and Power: Jean-Bertrand Aristide, the International Community, and Haiti

"Directly asks the provocative question of ownership and Haitian sovereignty within the post-earthquake moment--an unstable period in which ideas on (re)development, humanitarianism, globalization, militarism, self-determination, and security converge."--Millery Polyné, author of From Douglass to Duvalier: U.S. African Americans, Haiti, and Pan Americanism, 1870-1964

"Powerful essays by experts in their fields addressing what matters most to smaller nations--the meaning of sovereignty, and the horrid trajectory from colonialism, to neocolonialism into neoliberalism."--Patrick Bellegarde-Smith, author of Haiti: The Breached Citadel

Although Haiti established its independence in 1804, external actors such as the United States, the United Nations, and non-profits have wielded considerable influence throughout its history. Especially in the aftermath of the Duvalier regime and the 2010 earthquake, continual imperial interventions have time and again threatened its sovereignty.