In Defense of Farmers 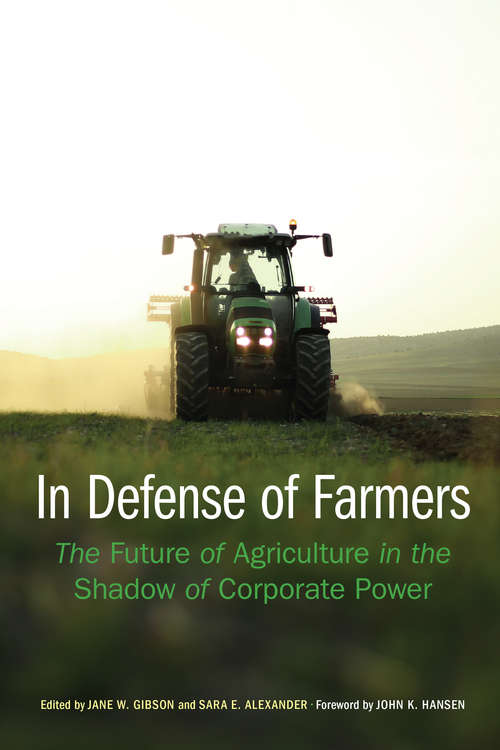 Industrial agriculture is generally characterized as either the salvation of a growing, hungry, global population or as socially and environmentally irresponsible. Despite elements of truth in this polarization, it fails to focus on the particular vulnerabilities and potentials of industrial agriculture. Both representations obscure individual farmers, their families, their communities, and the risks they face from unpredictable local, national, and global conditions: fluctuating and often volatile production costs and crop prices; extreme weather exacerbated by climate change; complicated and changing farm policies; new production technologies and practices; water availability; inflation and debt; and rural community decline. Yet the future of industrial agriculture depends fundamentally on farmers’ decisions.In Defense of Farmers illuminates anew the critical role that farmers play in the future of agriculture and examines the social, economic, and environmental vulnerabilities of industrial agriculture, as well as its adaptations and evolution. Contextualizing the conversations about agriculture and rural societies within the disciplines of sociology, geography, economics, and anthropology, this volume addresses specific challenges farmers face in four countries: Bolivia, Brazil, Canada, and the United States. By concentrating on countries with the most sophisticated production technologies capable of producing the largest quantities of grains, soybeans, and animal proteins in the world, this volume focuses attention on the farmers whose labors, decision-making, and risk-taking throw into relief the implications and limitations of our global industrial food system. The case studies here acknowledge the agency of farmers and offer ways forward in the direction of sustainable agriculture.