The mystery of the Venus Island fetish 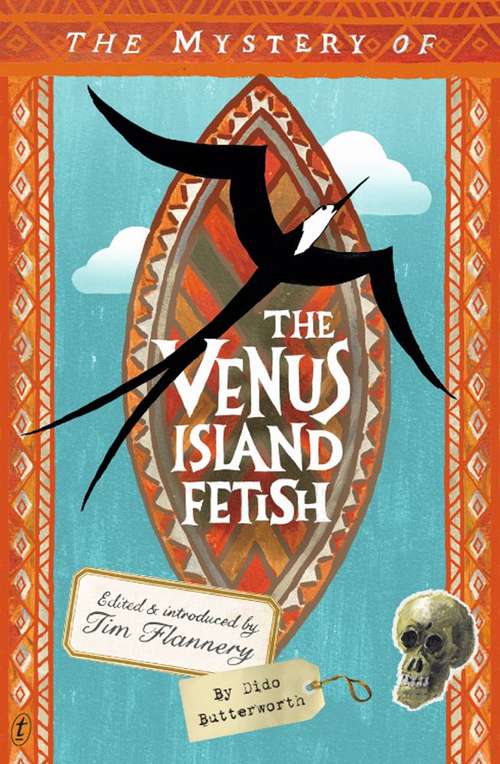 Painted in white, red and black ochre, the heart-shaped mask was one of the greatest creations of primitive man. The size of a dining table, it was carved with crazed, spiky lines that told of its maker's dangerous insanity. The nose, with its wide-open nostrils, sat above a great slash of a mouth filled with jagged, blackened, pig's teeth. But these horrors were not what one first noticed. It was the eyes that drew you in. Bloodshot. Manic. Hypnotic. They had been fashioned frompearl shells smeared with red ochre, the irises blackened spirals made from cone shells. They pulled at Archie's soul as powerfully as a vortex. It's 1932, and the Venus Island fetish, a ceremonial mask surrounded by thirty-two human skulls, now resides in the museum in Sydney. But young anthropologist Archie Meek, recently returned from an extended field trip to Venus Island, has noticed a strange discoloration of some of the skulls of the fetish. Has someone been tampering with the primitive artefact? Is there a link between the mysterious disappearance of Cecil Polkinghorne, curator of archaeology, and the fetish? And how did Eric Sopwith, retired mollusks expert, die in the museum's storeroom?The Mystery of the Venus Island Fetish is a delightfully risque romp, full of eccentric characters, intrigue and adventure.