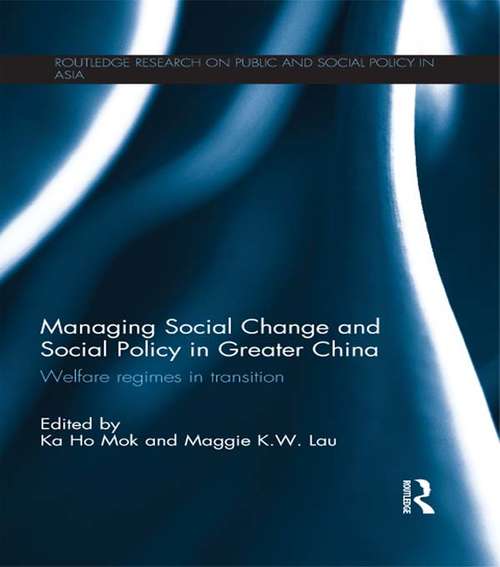 East Asia is at the heart of the global economic transformation, and the countries of the region are witnessing rapidly changing labour markets, alongside the pressure to cut production costs and lower taxes in order to become successful ‘competition states’. These changes have resulted in increased welfare demands which governments, organizations and agencies across the region have had to address.

This book examines welfare regimes in the Greater China region, encompassing mainland China, Hong Kong, Macao and Taiwan. In so doing, it explores the ways in which the rapid growth and internationalisation of the economy across Greater China is presenting new social policy challenges that governments, social welfare organizations and agencies in the region are having to respond to. Rather than simply describing and categorising welfare systems, the contributors to this volume add to our understanding of how one of the major economic transformations of the contemporary era in East Asia is shaping welfare provision in the region. In turn, in this context of economic change, they examine the new strategies and measures that have been adopted in order to reduce the heavy burden on the state in terms of welfare provision, whilst also attempting to diversify funding and provision sources to meet the pressing welfare needs.