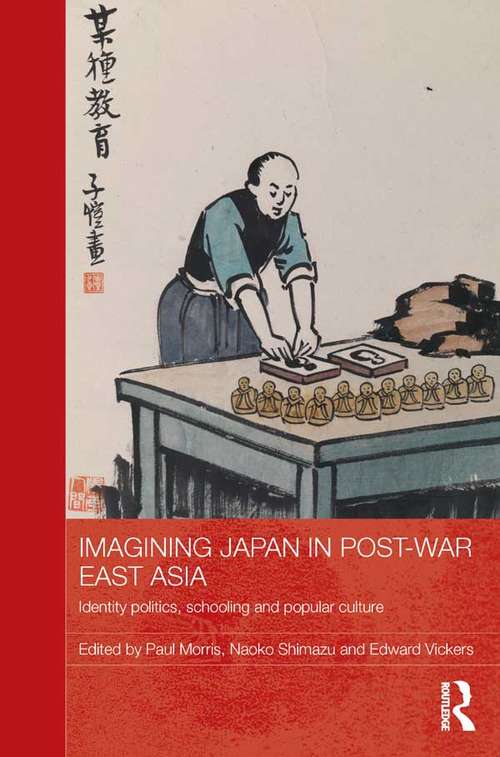 In the decades since her defeat in the Second World War, Japan has continued to loom large in the national imagination of many of her East Asian neighbours. While for many, Japan still conjures up images of rampant military brutality, at different times and in different communities, alternative images of the Japanese ‘Other’ have vied for predominance – in ways that remain poorly understood, not least within Japan itself.

Imagining Japan in Postwar East Asia analyses the portrayal of Japan in the societies of East and Southeast Asia, and asks how and why this has changed in recent decades, and what these changing images of Japan reveal about the ways in which these societies construct their own identities. It examines the role played by an imagined ‘Japan’ in the construction of national selves across the East Asian region, as mediated through a broad range of media ranging from school curricula and textbooks to film, television, literature and comics. Commencing with an extensive thematic and comparative overview chapter, the volume also includes contributions focusing specifically on Chinese societies (the mainland PRC, Hong Kong and Taiwan), Korea, the Philippines, Malaysia and Singapore. These studies show how changes in the representation of Japan have been related to political, social and cultural shifts within the societies of East Asia – and in particular to the ways in which these societies have imagined or constructed their own identities.

Bringing together contributors working in the fields of education, anthropology, history, sociology, political science and media studies, this interdisciplinary volume will be of interest to all students and scholars concerned with issues of identity, politics and culture in the societies of East Asia, and to those seeking a deeper understanding of Japan’s fraught relations with its regional neighbours.