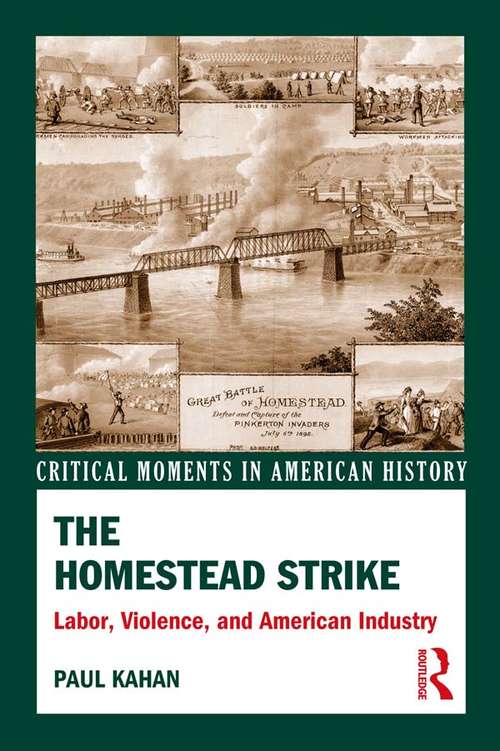 On July 6, 1892, three hundred armed Pinkerton agents arrived in Homestead, Pennsylvania to retake the Carnegie Steelworks from the company's striking workers. As the agents tried to leave their boats, shots rang out and a violent skirmish began. The confrontation at Homestead was a turning point in the history of American unionism, beginning a rapid process of decline for America’s steel unions that lasted until the Great Depression.

Examining the strike’s origins, events, and legacy, The Homestead Strike illuminates the tense relationship between labor, capital, and government in the pivotal moment between Reconstruction and the Progressive Era. In a concise narrative, bolstered by statements from steelworkers, court testimony, and excerpts from Carnegie's writings, Paul Kahan introduces students to one of the most dramatic and influential episodes in the history of American labor.