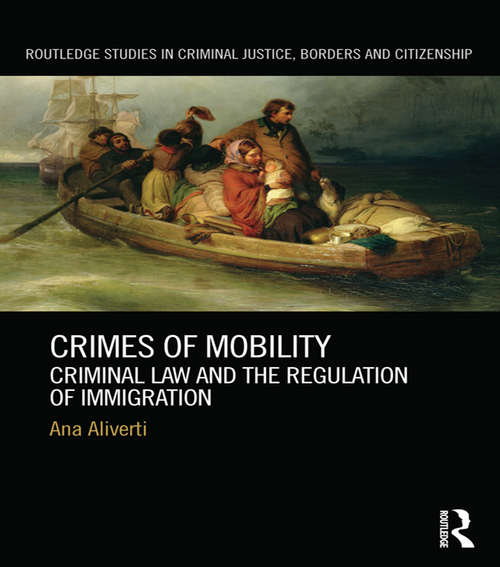 Winner of the 2014 British Society of Criminology Book Prize

This book is the first in-depth analysis on criminal offences in Britain, and presents original empirical material about the use of criminal powers against suspected immigration wrongdoers. Based on interviews with practitioners and staff at the UK Border Agency and data from court cases involving immigration defendants, it examines prosecution decision making and the proceedings before the criminal justice system. Crimes of Mobility critically analyses the criminalization of immigration status and, more generally, the functions of the criminal law in immigration enforcement, from a legal and normative perspective.

It will be of interest to academics and research students working on criminology, criminal law, criminal justice, socio-legal studies, migration and refugee studies, and human rights, as well as criminal law and immigration practitioners.