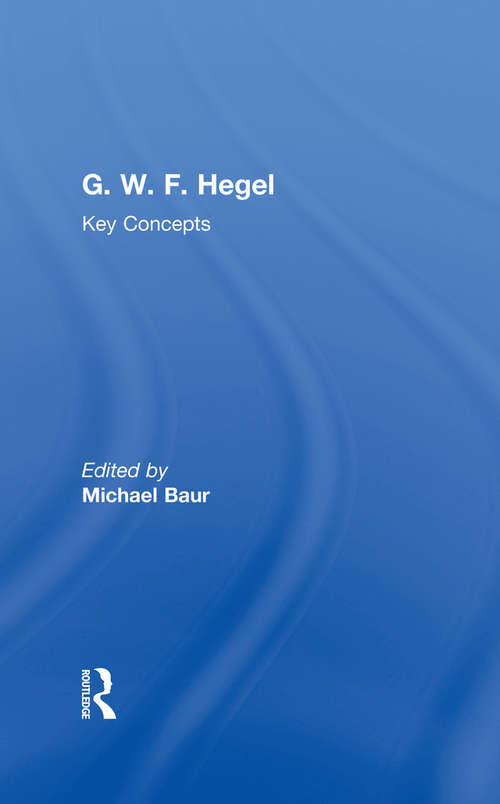 The thought of G. W. F. Hegel (1770 -1831) has had a deep and lasting influence on a wide range of philosophical, political, religious, aesthetic, cultural and scientific movements. But, despite the far-reaching importance of Hegel's thought, there is often a great deal of confusion about what he actually said or believed.G. W. F. Hegel: Key Concepts provides an accessible introduction to both Hegel's thought and Hegel-inspired philosophy in general, demonstrating how his concepts were understood, adopted and critically transformed by later thinkers. The first section of the book covers the principal philosophical themes in Hegel's system: epistemology, metaphysics, philosophy of mind, ethical theory, political philosophy, philosophy of nature, philosophy of art, philosophy of religion, philosophy of history and theory of the history of philosophy. The second section covers the main post-Hegelian movements in philosophy: Marxism, existentialism, pragmatism, analytic philosophy, hermeneutics and French poststructuralism.The breadth and depth of G. W. F. Hegel: Key Concepts makes it an invaluable introduction for philosophical beginners and a useful reference source for more advanced scholars and researchers.