Through the Children's Gate 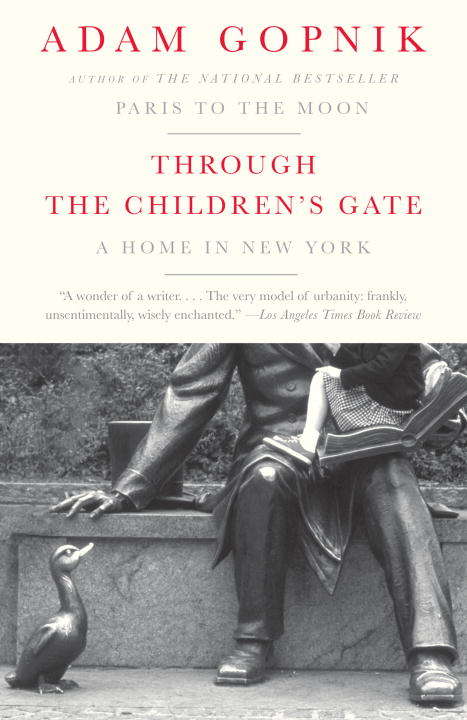 Following the best-selling Paris to the Moon,the continuation of the Gopniks' adventures against the panorama of a different though no less storied city as they attempt to make a new home for themselves. Autumn 2000: After five years in Paris, Adam Gopnik moves his family back to a New York that seems, at first, safer and shinier than ever. Here in the wondrously strange "neighborhood" of Manhattan we observe the triumphs and travails of father, mother, son, and daughter; and of the teachers, coaches, therapists, adversaries, and friends who round out the extended urban family. From Bluie, a goldfish fated to meet a Hitchcockian end, to Charlie Ravioli, an imaginary playmate who, being a New Yorker, is too busy to play, the Gopniks' new home is under the spell of the sort of characters only the city's unique civilization of childhood could produce. Not long after their return, the fabric of living will be rent by the events of 9/11, but like a magic garment will reweave itself, reviving normalcy in a world where Jewish jokes mingle with debates about the problem of consciousness, the price of real estate, and the meaning of modern art. Along the way, the impermanence and transcendence of life will be embodied in the person of a beloved teacher and coach who, even facing death, radiates a distinctively local light. Written with Gopnik's signature mix of mind and heart, elegant and exultantly alert to the minute miracles that bring a place to life, Through the Children's Gate is a chronicle, by turns tender and hilarious, of a family taking root in the unlikeliest patch of earth.