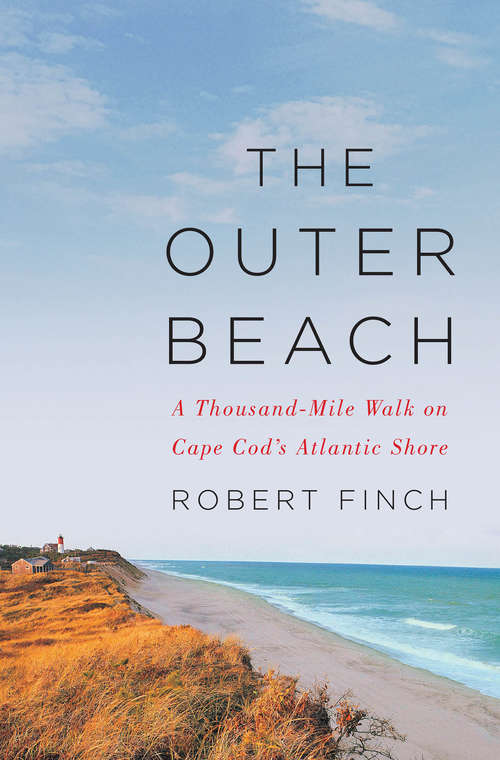 A poignant, candid chronicle of a beloved nature writer’s fifty-year relationship with an iconic American landscape.

Those who have encountered Cape Cod—or merely dipped into an account of its rich history—know that it is a singular place. Robert Finch writes of its beaches: “No other place I know sears the heart with such a constant juxtaposition of pleasure and pain, of beauty being born and destroyed in the same moment.” And nowhere within its borders is this truth more vivid and dramatic than along the forty miles of Atlantic coast—what Finch has always known as the Outer Beach. The essays here represent nearly fifty years and a cumulative thousand miles of walking along the storied edge of the Cape’s legendary arm.

Finch considers evidence of nature’s fury: shipwrecks, beached whales, towering natural edifices, ferocious seaside blizzards. And he ponders everyday human interactions conducted in its environment with equal curiosity, wit, and insight: taking a weeks-old puppy for his first beach walk; engaging in a nocturnal dance with one of the Cape’s fabled lighthouses; stumbling, unexpectedly, upon nude sunbathers; or even encountering out-of-towners hoping an Uber will fetch them from the other side of a remote dune field.

Throughout these essays, Finch pays tribute to the Outer Beach’s impressive literary legacy, meditates on its often-tragic history, and explores the strange, mutable nature of time near the ocean. But lurking behind every experience and observation—both pivotal and quotidian—is the essential question that the beach beckons every one of its pilgrims to confront: How do we accept our brief existence here, caught between overwhelming beauty and merciless indifference?

Finch’s affable voice, attentive eye, and stirring prose will be cherished by the Cape’s staunch lifers and erstwhile visitors alike, and strike a resounding chord with anyone who has been left breathless by the majestic, unrelenting beauty of the shore.