Armed in Her Fashion 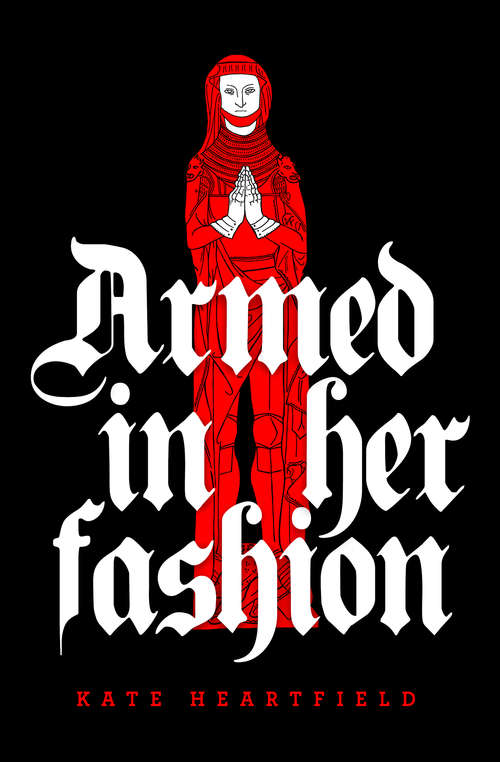 “Heartfield’s impressive novel tells the story of folklore figure Mad Meg (or Dull Gret), who legendarily led a group of women to pillage hell” (Publishers Weekly, starred review). In 1328, Bruges is under siege by the Chatelaine of Hell and her army of chimeras—humans mixed with animals or armor, forged in the deep fires of the Hellbeast. At night, revenants crawl over the walls and bring plague and grief to this city of widows. Margriet de Vos learns she’s a widow herself when her good-for-nothing husband comes home dead from the war. He didn’t come back for her—in fact he moves right past her, pulls a secret chest of coins and weapons from under his floorboards, and goes back through the mouth of the beast called Hell. Margriet killed her first soldier when she was eleven, and she’s buried six of her seven children. She’ll do anything for Beatrix, her last surviving child, even if it means raiding Hell itself to get her inheritance back. Beatrix is haunted by a dead husband of her own, and blessed—or cursed—with an enchanted distaff that allows her to control the revenants and see the future. Together with a transgender man-at-arms who has unfinished business with the Chatelaine, a traumatized widow with a giant water-powered forge-hammer at her disposal, and a wealthy alderman’s wife who escapes Bruges with her children, Margriet and Beatrix forge a raiding party like Hell has never seen. “A strange, compelling, genre-bending debut . . . Part horror, part fantasy, part history, and part epic, it combines all of its elements into a commentary on gender, power, and patriarchy.” —Tor.com