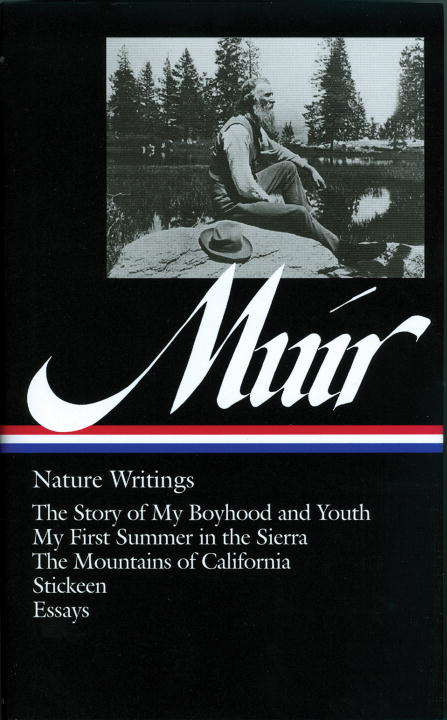 In a lifetime of exploration, writing, and passionate political activism, John Muir made himself America's most eloquent spokesman for the mystery and majesty of the wilderness. A crucial figure in the creation of our national parks system and a visionary prophet of environmental awareness, he was also a master of natural description who evoked with unique power and intimacy the untrammeled landscapes of the American West. Nature Writings collects his most significant and best-loved works in a single volume. The Story of My Boyhood and Youth (1913) is Muir's account of growing up by the sea in Scotland, of coming to America with his family at age eleven, and of his early fascination with the natural world. My First Summer in the Sierra (1911) is his famous account of the spiritual awakening he experienced when, 1869, he first encountered the mountains and valleys of central California. The Mountains of California (1894) draws on half a lifetime of exploration of the high Sierra country to celebrate and evoke the region's lakes, forests, flowers, and animals in a masterpiece of observation and poetic description. Also included are the widely popular "Stickeen" (1909), Muir's affectionate story of an adventure with a dog in Alaska, and a rich selection of essays - including "Yosemite Glaciers", "God's First Temples", "Snow-Storm on Mount Shasta", "The American Forests", and the late appeal "Save the Redwoods" - highlighting various aspects of his career: his exploration of what became Yosemite and Yellowstone national parks and the Grand Canyon, his successful crusades to preserve the wilderness, his early walking tour to Florida, and the Alaska journey of 1879.